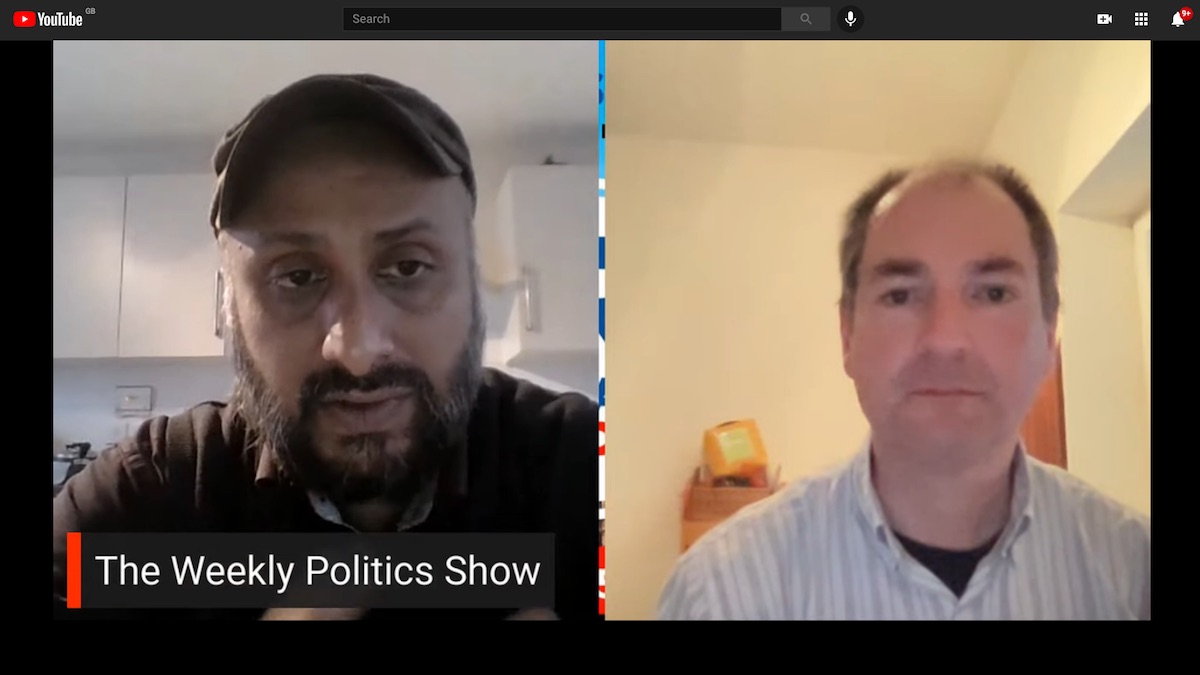 There is only place in the borough where politicians from different parties talk to each other and make sense.

And to be accurate both are independent councillors so don’t have to follow the BS party line.

The German bins of Andrew’s mum

This week the co-hosts are discussing the announcement by Cllr Puru that he was resigning the Labour whip, along with Liveable Streets, Weavers By Election impact, the Afghan refugee crisis, will the Aspire Party step up and do the work of an Opposition, what is the UK’s position in the world, why is our rubbish collection so, er, rubbish and of course the German bins of Andrew’s mum.

Cllr. Puru is in his kitchen, Cllr. Wood is in Germany.

It’s in four bits as below or you can watch it directly on YouTube.

Cllr Puru seems to have the knack of asking Cllr Wood just the right questions for any given topic and then lets him speak.

An innovative idea that is very unlikely to catch on.

Tune in next week! Mole will.