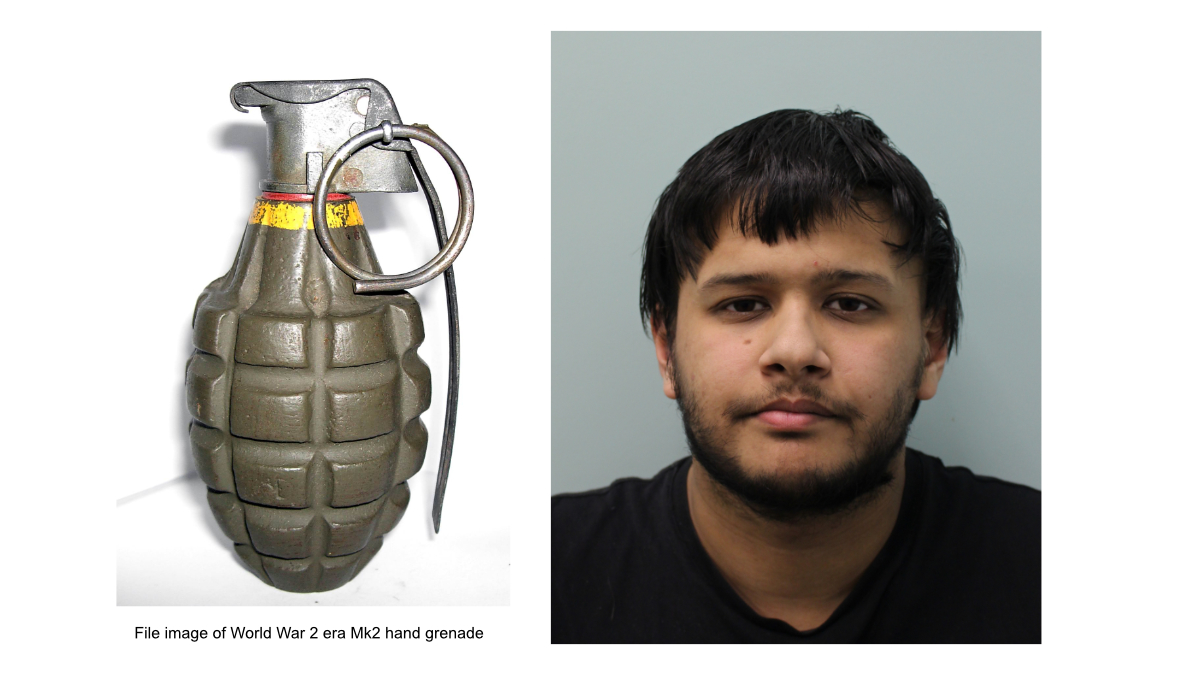 Mohammed Chowdhury of Bethnal Green, Tower Hamlets, has been sentenced to nine years imprisonment after he was arrested in February 2020 following a Counter Terrorism Command (CTC) police operation that identified that he was attempting to purchase a hand grenade for a possible attack on a police station.

Examination of digital devices seized by police at Chowdhury’s address revealed that he had downloaded and viewed documents with instructions for making explosive devices.

Chowdhury was charged with offences related to the attempted purchase of the hand grenade and documents found on his phone.

When being held in prison awaiting trial 24-year-old Chowdhury told members of his family that he wanted to buy the grenade for an attack on a police station.

On 18 November 2020 Chowdhury pleaded guilty to four counts of possessing documents likely to be useful to a person committing or preparing an act of terrorism, under section 58 of the Terrorism Act (TACT) 2000.

After his trial he was also found guilty of attempting to possess an explosive with intent to endanger life or property, contrary to section 3 of the Explosives Substance Act, 1883.

Chowdhury was sentenced at the Old Bailey on Monday 21 June to nine years’ imprisonment.

If you see or hear anything suspicious that you think might be related to terrorist activity, then report it to the police confidentially via gov.uk/ACT or by calling 0800 789 321. In an emergency, always dial 999.