Pop Quiz! Spot the crack in the wall! 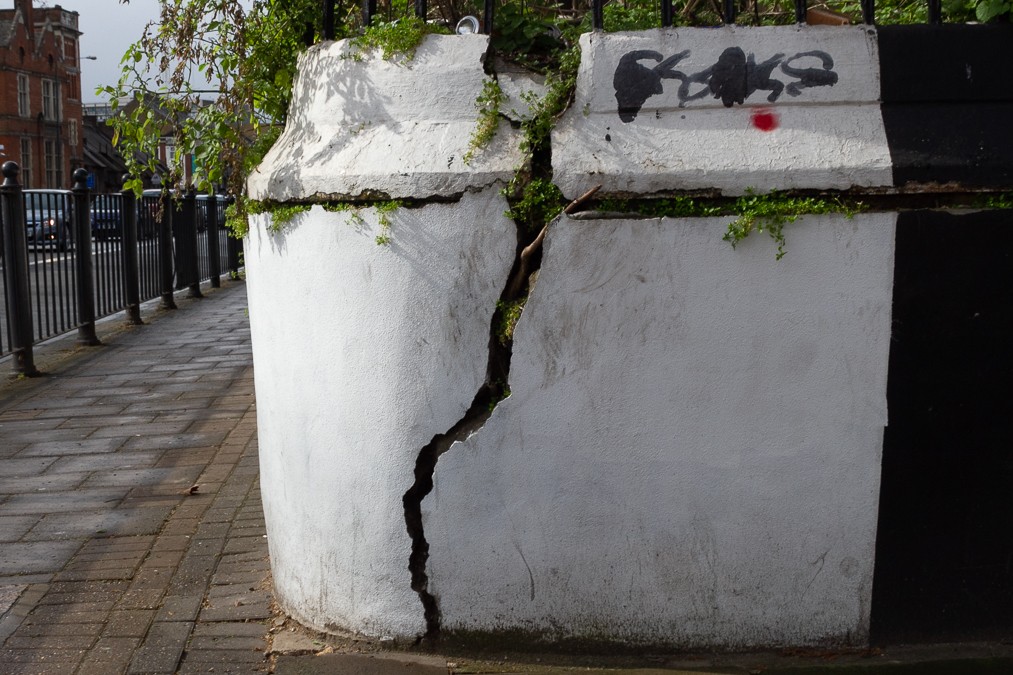 Many of you (ok, none of you) have emailed the East End Enquirer asking what the Wapping Mole gets up to when he is not digging for stories? The answer is of course – digging! He’s a mole (who lives in a hole) so what else is he going to do? Table tennis? Snowboarding?

The last week Moley has been digging around (in a socially distanced way, natch) the Street of Dreams known locally as East India Dock Road.

And look what he has found! A wall just on the point of collapse at the junction of East India Road with Sturry Street.

Moley had his camera with him as usual and took some photos to show you all what he had found. Although it is very likely someone else may have discovered the same wall.

In fact Mole knows other people have and he also knows they have repeatedly informed the council of this hazard waiting to crash onto the pavement and wipe out whoever happens to be walking by at the time but absolutely nothing has been done.

Remember folks, this is Tower Hamlets.

Apart from the wall itself there are several large trees waiting to tumble and a few tons of earth too.

All in all an accident waiting to happen.

Maybe the wall doesn’t belong to the council? Maybe it belongs to the house behind. But who cares? Especially when the wall has collapsed on you, your partner and your family.

So here’s the Pop Quiz question! Can you spot the crack in the wall?

Well that’s OK because there are TWO cracks in the wall! Ha! Fooled ya.

Moley hopes you have enjoyed this little Pop Quiz for which there are no prizes ‘cos we can’t afford any.

And of course if you should be one of the people to be squished flat when the wall does eventually collapse please ask your Next of Kin to tell us!