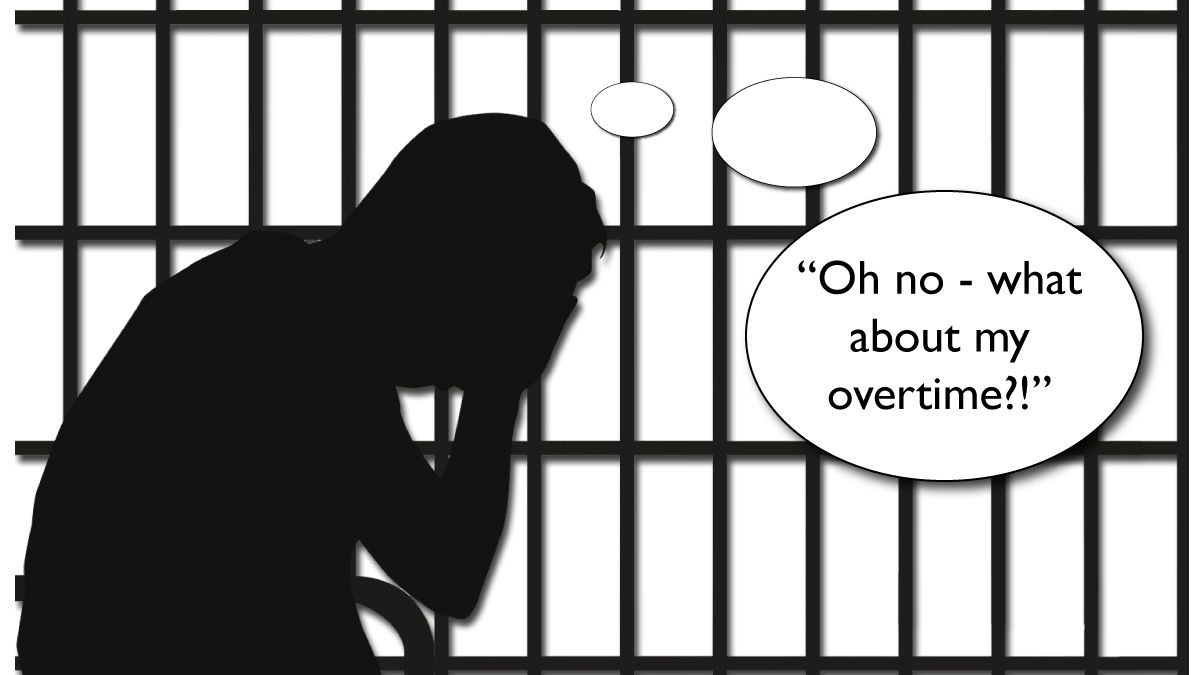 A Youth Service worker who received his full council pay while serving a three month jail sentence for assault encapsulates how Tower Hamlets council Youth Service has been allowed to operate without any form of oversight or management control.

Yes, you did read that correctly.

While precise details are difficult to come by Moley has been reliably informed that around 2014 / 2015 a Youth Service worker was convicted of assault and sentenced to three months in jail.

All the time he was detained at Her Majesty’s pleasure he was paid every penny of his salary by the London Borough of Tower Hamlets.

Nice work if you can get it. Well, maybe the being in jail thing is not nice but at least he did not have to exert himself.

It seems that his caring colleagues organised a little scheme which involved him booking annual leave starting at his court date.

When the expected sentence was handed down it was then a matter of his mates creating a paper trail which showed him enjoying his two weeks holiday then returning to work refreshed and seeking new professional challenges.

It is if you worked for Youth Services. Or should we say work for Youth Services? Mole has no idea if this particular cheeky chappy is still employed by the London Borough of Tower Hamlets but going by the evidence in the Poplar Papers it is quite likely.

The contents of the Mark Edmunds statement and evidence bundle shows that time and again allegations of serious crimes by Youth Service workers such as fraud were never investigated.  If they were investigated nothing would happen. Recommendations by investigators for disciplinary action which would almost inevitably lead – in normal circumstances – to dismissal and criminal charges were quietly ignored.

Some individuals not only remained in post despite overwhelming evidence of criminality they have been promoted.

Which is what the Poplar Papers is all about.

This particular episode may be comical at one level but it highlights serious issues. And consider how many breakfasts could have been provided to children in Tower Hamlets for three months pay. A few thousand at least.

Consider all the risks that his colleagues and managers had to take to deliberately conspire to ensure he was never out of pocket. If their activities were ever exposed – maybe published in the East End Enquirer or somewhere – they would be in deep doo doo.

Their actions were only viable because nobody knew what the Youth Service was up to at the time and they had been handed a blank cheque giving them access to council funds.

And they still do.

Consider this quote from Mayor John Biggs in a council announcement about the latest cabinet reshuffle.

“The Mayor will shortly mark five years since election. In that time he has moved the council from being under special measures with the Government appointed commissioners, to restoring the reputation of the borough and focussing on delivering for residents.”

The borough of Tower Hamlets is exactly where it was under the Lutfur Rahman administration. Corruption in the town hall is still rife and the only thing Tower Hamlets Labour Party is focussed on is remaining in power irrespective of the consequences of residents.

The reason the East End Enquirer has no hesitation in writing this is because the antics of a Youth Worker earning his pay while in jail is nothing compared to the much bigger and much grimmer picture to be exposed for all of you to read in the next few weeks.

Most people in Tower Hamlets are honest

Some wonder how on earth Moley finds out about all these secrets that so many want to remain hidden.

The answer is that the vast majority of people who live in the borough are honest. They go to work to earn money to pay their rent, put food on the table and bring up their family. They want nothing more from their local authority than basic competence in providing the services which are essential to many.

Some of these people tell Moley what they know. He then digs a little (or a lot) and checks what he has been told is true. Sometimes this takes minutes and at other times several years may pass before Moley can confirm the allegations through another source – or even better multiple sources.

Nobody will ever know the identity of these people which is why they feel able to come forward and tell us what they know.

Occasionally, but too rarely, residents will provide us with a formal statement which they are prepared to be tested in a court of law. If only they would be given the opportunity to do so.

One example of someone who is prepared to stand up and be counted is Crissy Townsend, a tireless community campaigner who provided Love Wapping (the former home of the Wapping Mole) with this statement back in October 2016 concerning the Rapid Response Team (RRT), an usual group of council employees associated with the Youth Service.

In the last two weeks we have had a completely separate and independent source confirming every aspect of Crissy’s statement.

The best confirmation is when different people who are completely unaware of each others existence tells you the same thing. This is the case with the RRT trucks.

This confirmation makes it even more shameful that evidence of council vehicles being used to deal drugs to children has still not been actioned by the Metropolitan Police or central government after nearly four years.

Sometimes information is provided which Mole knows is absolutely 100% true but without  good evidence he cannot publish it. So there are many things which will never be revealed. That’s just the way things are.

The publication of the Poplar Papers has encouraged more people to get in touch with Moley and he is very grateful indeed. You are the ones who will one day return Tower Hamlets to the normal world, not Mole or any other member of the extensive East End Enquirer editorial team.

It should also be remembered that Moley has been working on this story for six years. During that time a huge amount of information and knowledge has been gathered, some of it only making sense a long time after it was first found.

Here are a couple of snippets that we forgot to include in previous instalments of the Poplar Papers to keep you going until next time.

We are not quite sure how many more Poplar Papers next times there will be but it is probably single figures. Probably.

In all the excitement we neglected to mention that the abuse of these cards was so extensive that some enterprising Youth Service officers bought some electronic credit card readers so they could just run cards through this to access cash without having to bother cooking up some scheme to get their hands on their alternative source of income.

It seems – although we have no hard evidence to prove this at the moment – that at least one Youth Service member generated so much cash through the credit cards fraud, the AP1 voucher scheme fraud and the ‘getting council grant money for worthy causes that never existed being paid to organisations that never existed’ fraud that he was able to establish several businesses with his loot.

Just to rub salt into our wounds one of the businesses was reliant on providing its customers with high quality cosmetics. As only the best would do he regularly popped up to MAC cosmetics in Spitalfields to buy £500 of foundation, lipstick and concealer which was paid for with – well, you can work that out yourselves.

Bad, huh? Could it get any worse? It sure can.

Which is why he is still employed by the London borough of Tower Hamlets. And why he somehow manages to undertake a full-time council job and at the same time manage multiple businesses.

And does the Wapping Mole know who this person was and who is still protecting him? Absolutely.

So there is something to look forward to.

And remember that the Poplar Papers  is just a quick skim over the top of what has been going on in the town hall for years and continues to this very day.

While you are reading this.