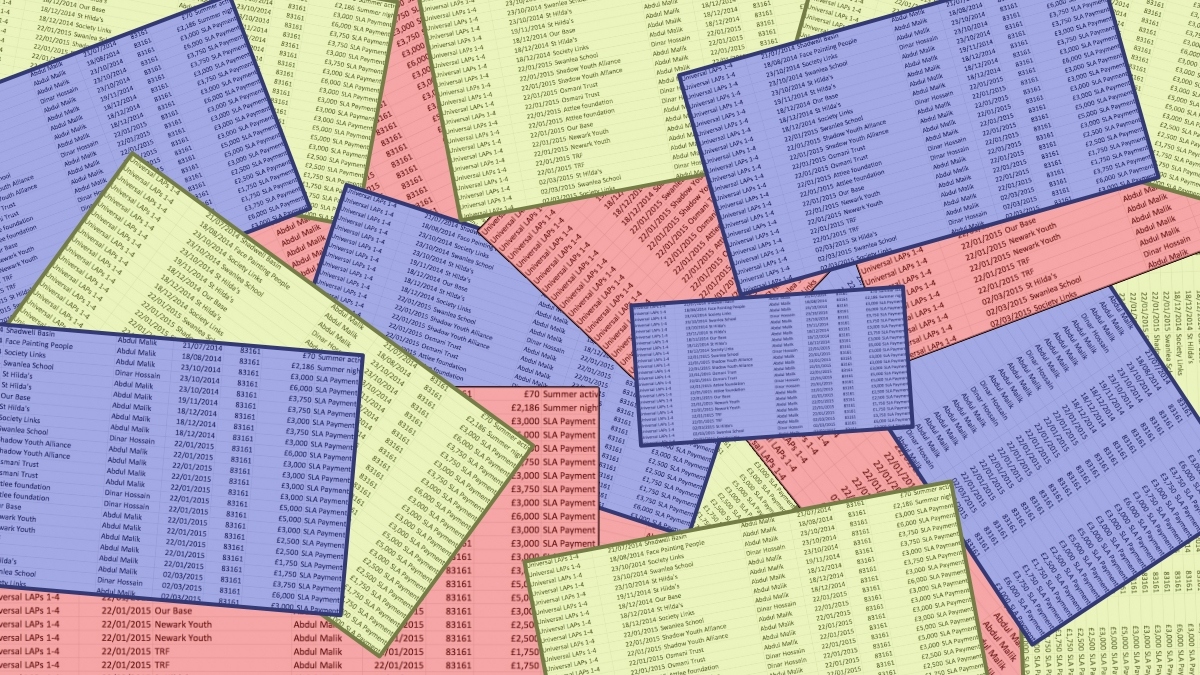 Let’s get nostalgic shall we? Not to the hedonistic days of pre-war Berlin but 4 November 2014 when PricewaterhouseCoopers (PwC) published their ‘Best Value Inspection of the London Borough of Tower Hamlets’ report into what had actually been going on during the administration of Mayor Lutfur Rahman.

On 4 April 2014 PwC had been appointed by the Department for Communities and Local Government (DCLG) to carry out a best value inspection of Tower Hamlets council to examine “serious allegations about poor governance and financial management at the council.”

The publication of the PwC Best Value report led to the 17 December 2014 decision by the Secretary of State to appoint DCLG commissioners to run the council instead of Mayor Rahman.

UK governments of any political persuasion are extremely reluctant to make this type of decision as it effectively suspends the democratic process in the local authority in question. But sometimes they ain’t got no choice.

And many would argue that the democratic process had been absent in Tower Hamlets ever since the idea of having a directly elected Mayor popped into someones head a few years earlier.

Our knowledge of how the borough is still run – and the publication of the Poplar Papers – shows that democracy is still a stranger to this part of the East End.

There was a great kerfuffle when the PwC report was published about pretty much everything but the main focus was on the corrupt allocation of council grants by Mayor Rahman and a close inner circle to sway votes in the borough.

Lots of other things were mentioned in the report including something called an “AP1” form.

The words on page 96 of the report are very dry and refer to five sample files that were examined by PwC. Pity they were not more thorough.

4.179 “We found that all five files with payment documentation had “AP1” forms, an alternative payment process reserved for grants and exceptional one-off requirements.We note that the Authority’s procedures obtained from the financial compliance department provide an exhaustive list of payment types that can be made via the AP1 payment process. This list includes grants to voluntary organisations but does not include spot purchasing of services from third parties.”

4.180 […] “The report also notes payments were made using the AP1 voucher process which is intended to be used for exceptional circumstances and not day-to-day business.”

Those two paragraphs come nowhere near to an accurate description of how AP1 vouchers were used and where huge sums of money went.

Love Wapping covered the AP1 story in passing when it was revealed that there was a Youth Service scandal in Tower Hamlets in May 2016.

As Love Wapping we submitted a Freedom of Information request to LBTH in May 2016 for details of AP1 voucher payments between 2009 and 2015. Our request was refused.

The petty cash box with no key

Where the PwC description of AP1 voucher payments being for ‘exceptional circumstances and not day-to-day business’ originated is a mystery as our investigations indicate that AP1s were used more like a petty cash box. With no key.

Earlier this year East End Enquirer submitted Freedom of Information requests to five London boroughs – Lambeth, Islington, Hackney, Newham and Southwark – asking ‘Please can you tell me how many ‘Spot Purchases’ (sometimes referred to as AP1 Voucher payments) you have made in the last three years please?’

All of the five boroughs asked for a clarification of our request which we provided and all ultimately responded to say that they ‘did not hold any relevant information in respect of your request’.

In plain English none of them used any AP1 voucher process. All payments were processed through the normal council system. Because that is how things are supposed to work.

Which makes it even more odd that in just one 15 month period Tower Hamlets council Youth Service staff submitted 685 (yes, six hundred and eight five) AP1 vouchers, all of which seem to have been paid.

We have no idea how many other AP1 voucher payments were processed during Mayor Rahman’s tenure in office ‘cos Tower Hamlets council aren’t saying.

Safe to say it was probably several thousand.

Somehow – and we honestly can’t remember how as it was a while ago – we did manage to get a spreadsheet from within Tower Hamlets council which shows basic details of the 685 AP1 transactions.

Of these 685 AP1 transaction only one has what most people would consider to be a reasonable explanation of what the AP1 payment was for and because of that is an outlier – the odd one out. Here it is.

Details of the other 685 AP1 payments are minimal.

Below are the total AP1 payments authorised by just five members of Tower Hamlets Youth Service.

You can view the full data sheet for these payments here and can download this file here.

The AP1 issue gets worse.

Tower Hamlets residents looking at the data we have managed to get will notice that the spreadsheet states that money was paid to familiar organisations such as Osmani Trust, Swanlea School, Streets of Growth and Poplar HARCA.

And there were little or no internal checks of the AP1 payments by the council’s Internal Audit to see if the £1,288,815 (and probably more) was being siphoned off to other organisations.

These bank account details were supplied by people referred to by law enforcement agencies as ‘money mules’, such as a personal friend.

In exchange for a small percentage of the total AP1 payment the money mule would allow his bank details to be used and the AP1 payment would be deposited in the account. The money, minus the mule’s fee, would then immediately be moved out of the money mule’s account, often by cash to break any forensic audit trail.

This is a standard money laundering technique.

There may of course be a perfectly genuine reason why the AP1 payments were made.

Part of the Poplar Papers is a copy by auditor Mazars of a report submitted to Tower Hamlets council into alleged misuse of grant funding in May 2015.

There may of course be a perfectly genuine reason why the AP1 payments were made to organisations which did not exist.

If there is please get in touch as we would love to know – so would the residents of Tower Hamlets.

If your organisation is one of the many listed but you know that you received no payment of the amount described at that time the East End Enquirer would like to know that as well.

Could this situation possibly be any more serious?

Ummm… would you believe the Wapping Mole if he said “Absolutely!”

That’s for next time.