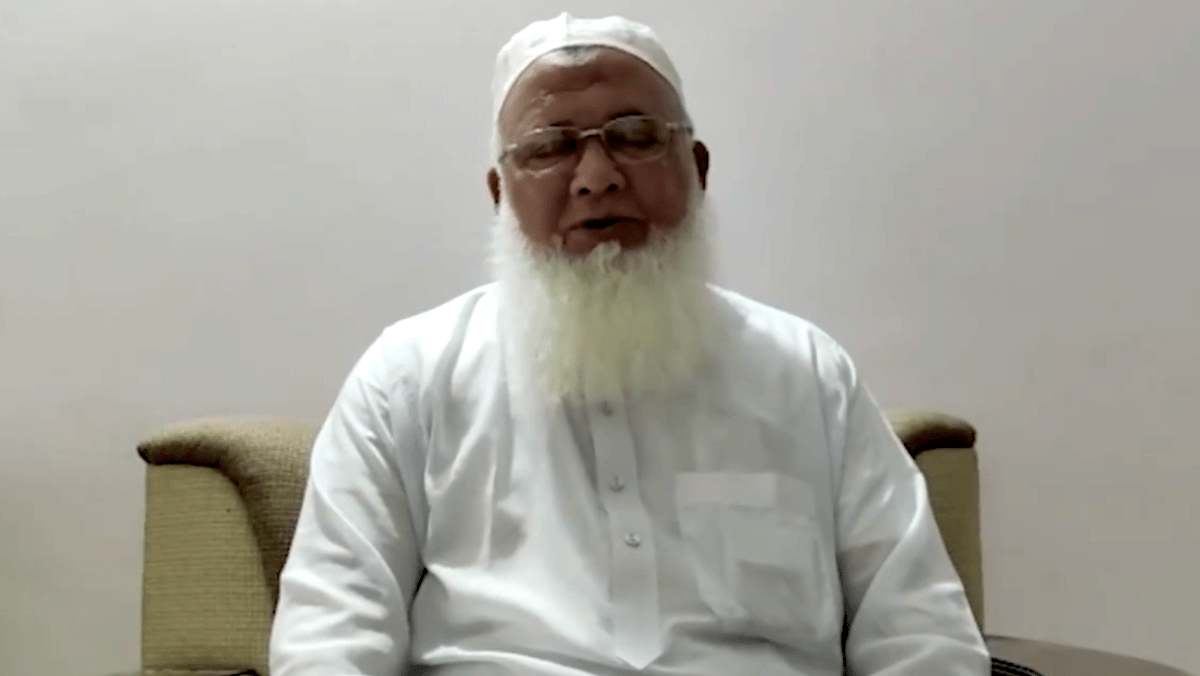 Lutfur Rahman and Alibor Chowdhury were kicked out of office for a variety of reasons, the whole grants fiddling corruption thing natch and also something called ‘undue spiritual influence’. Essentially this is where a person normally only concerned with religious matters, like a vicar or imam say, is engaged to encourage people to vote for a particular candidate.

You can see where this is going can’t you?

You can find a PDF of the Electoral Petition judgement transcript below which is worth downloading and following along. Or is that just a really geeky thing that investigative journos do? Will ask when I find one.

Here’s the question. Is Lutfur Rahman once more trying to use undue spiritual influence to shape the result of a public vote – the Tower Hamlets governance referendum that takes place tomorrow?

Probably one of the lawyers but here is what Moley knows.

It is worth looking at Paragraph 526 onwards of the Mawrey judgement (‘Undue spiritual influence’) where you will find mention of Hafiz Mawlana Shamsul Haque, Imam and General Secretary Esha’atul Islam, Ford Square Mosque.

The Mawrey judgement reads (p532) ‘The Petitioners’ case is that Mr Rahman solicited and obtained the support of the clerics, largely through a close relationship between himself and Mr Hoque, the Chairman of the Council of Mosques. … the Chairman is someone of considerable power and influence amongst the Muslim clerics of the Borough and to have him as an ally would be a trump card in Mr Rahman’s re-election bid.’

The election court paid attention to two incidents, the first an event at the Water Lily, Mile End Road, on 4 May 2014 where the then current Mayor, Lutfur Rahman, was guest of honour. Hafiz Mawlana Shamsul Haque was also attending.

A report of the event (p535) stated that Hafiz Mawlana Shamsul Haque ‘urged everyone to vote for Mayor Lutfur Rahman to retain truth, righteousness and practice religious belief.’

The second event was a wedding reception, again at the Water Lily. Both Mayor Rahman and Maolana Shamsul Haque attended once again.

p539 “Today we, our relatives, neighbours and the residents of Tower Hamlets living in this community, we are fortunate that we are able to give a gift from our community to the people of Britain we have decided to nominate our Mayor again, the Mayor is also present here, Insha’Allah; we will pray now and would like to thank the two families who have invited us.
At this moment the responsibility we have as we are celebrating the wedding event, we will elect the Mayor again and celebrate his victory. I urge all of you to keep in mind that the forthcoming election will be held on 22nd. We have to forget ‘win or lose’; this election is to sustain our own existence and asking you to prayer. I think the Mayor would like to say you all ‘Thank you’.”

This account was disputed in court. Until a video of the event turned up. Weddings huh?

Option 1 is a vote for Lutfur Rahman (and Biggs)

Is Lutfur Rahman once more using Hafiz Mawlana Shamsul Haque to get votes? In addition to being a much revered scholar the imam is also Chairman of the Tower Hamlets Council of Mosques and his views are extremely influential.

Certainly more influential than any Mayor.

The referendum tomorrow is just that, a referendum on how the borough is governed. It is not a vote for one candidate or another.

Earlier this week the Enquirer published the video below from the Yes for Mayor TH campaign. Since then we have been busy obtaining a English translation.

Here is the video again and below it the English translation. You can also find the video on the Yes for Mayor Facebook campaign page (29 April 2021).

“I have been living in Tower Hamlets from last 40 years. The Leadership system I have observed through my experience seems very chaotic. On the basis of those experiences the people of Tower Hamlets said we don’t want to give power to the councillors.

To get rid of past bitterness 10 years ago people of Tower Hamlets gained their democratic right to elect a Mayor. Again we are seeing – coming 6th of May we are being tested. The test that we have passed 10 years ago ,the very problem that we have resolved before, again being imposed on us.

Tower Hamlets peacefully people, the people who earns their right, on 6th of May will keep their right. Like before they will make Mayoral system Victorious by voting in the referendum. They will make a peaceful, developed, hassle free.

They will bring right to their own hand and they will see for four years if the Mayor can do well. If the Mayor can’t do well, then we can reflect and possibly change the Mayor.

I am appealing to everyone to keep the system.”

The Enquirer has no idea if the speech above consists undue spiritual influence.

It seems reasonable to make the assumption that having the Chairman of the Tower Hamlets Council of Mosques is an attempt to employ spiritual influence of some type.

If not what is the point of the video? The original video has the caption ‘Senior citizen and teacher’. Why does it not give the scholar his full title and position?