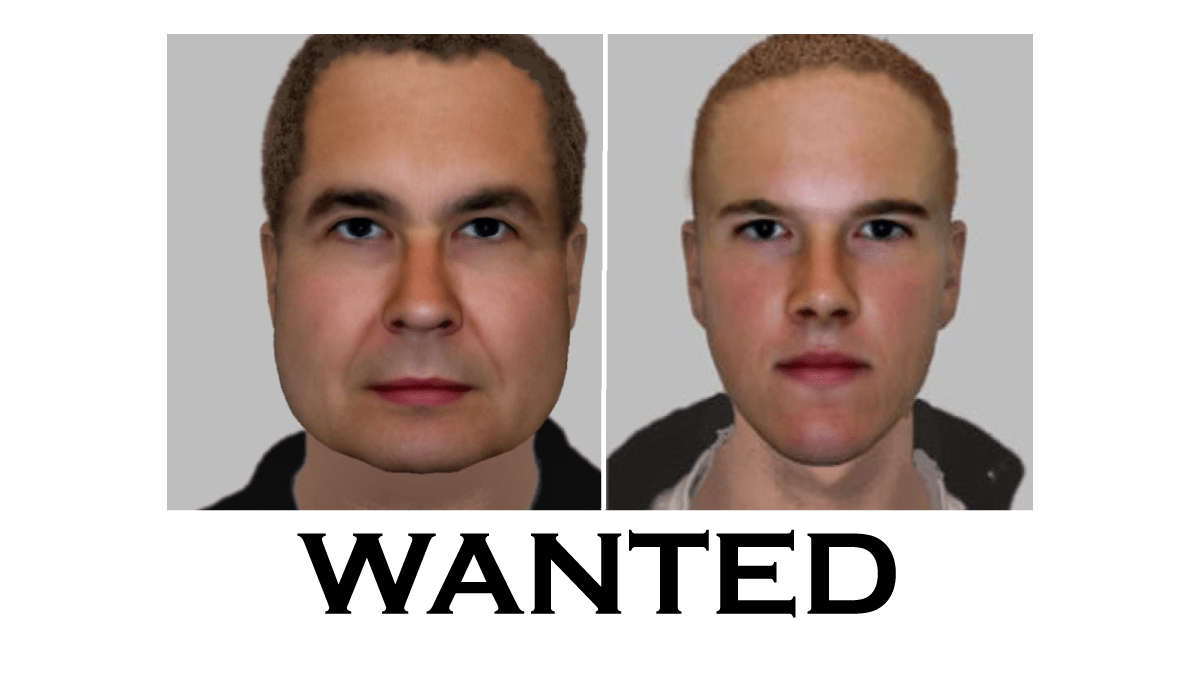 Both incidents took place on Wednesday, 22 July within a short time of each other.

At around 12:30hrs, an 89-year-old woman left the address she shares with her 90-year-old husband in Gosset Street E5, to go shopping.

She was approached by a man in the street wearing a blue lanyard who told her an explosion had taken place and that he needed to go into all of the flats to check the water pipes.

The victim agreed to take the man to her address, at which point they were joined by another man who followed them.

Inside the property one of the men began moving materials from under the sink while the other suspect went into the living room, where the victim’s husband was sat.

Both men then left a short time later.

The female victim was confused as to why one of the men had entered the living room. She asked her husband – who is in recovery having recently suffered a stroke – what the man had done. He was confused but responded that a man had come in and had taken a black bag.

The elderly woman then realised the man had taken a handbag containing around £4000 in cash.

In the second incident, an 85-year-old man and his 77-year-old wife were at their home in a small residential street near Mabley Green in Homerton.

At around 14:30hrs, two men knocked on the door, claiming to be from Thames Water. They said an explosion had taken place down the street and that they needed to check the water.

The male victim was directed to go upstairs and turn the taps on while the elderly woman looked down the street to see what had happened.

Later on, the victims left for a GP appointment and became suspicious when they noticed that they could not see any works taking place in the area. They returned home and searched their bedroom, discovering that around £400 had been stolen, as well as sentimental jewellery including an engagement ring and Star of David necklace.

Suspect one is described as a white male, approximately 40 years old. He was about 5ft 8in in height and was “plump” in figure. He had short dark hair and was clean shaven. He was wearing a dark jumper and trousers. He had a lanyard around his neck.

Protect yourself from distraction burglary, also known as ‘artifice burglary’ – a crime where a person tricks an occupant into allowing them into their property.

Always ask for identification and never open the door to a stranger until you are fully satisfied they are who they say they are.

Please keep an eye out for vulnerable people within your community to help keep them safe.