In Tower Hamlets many still refuse to deal with reality 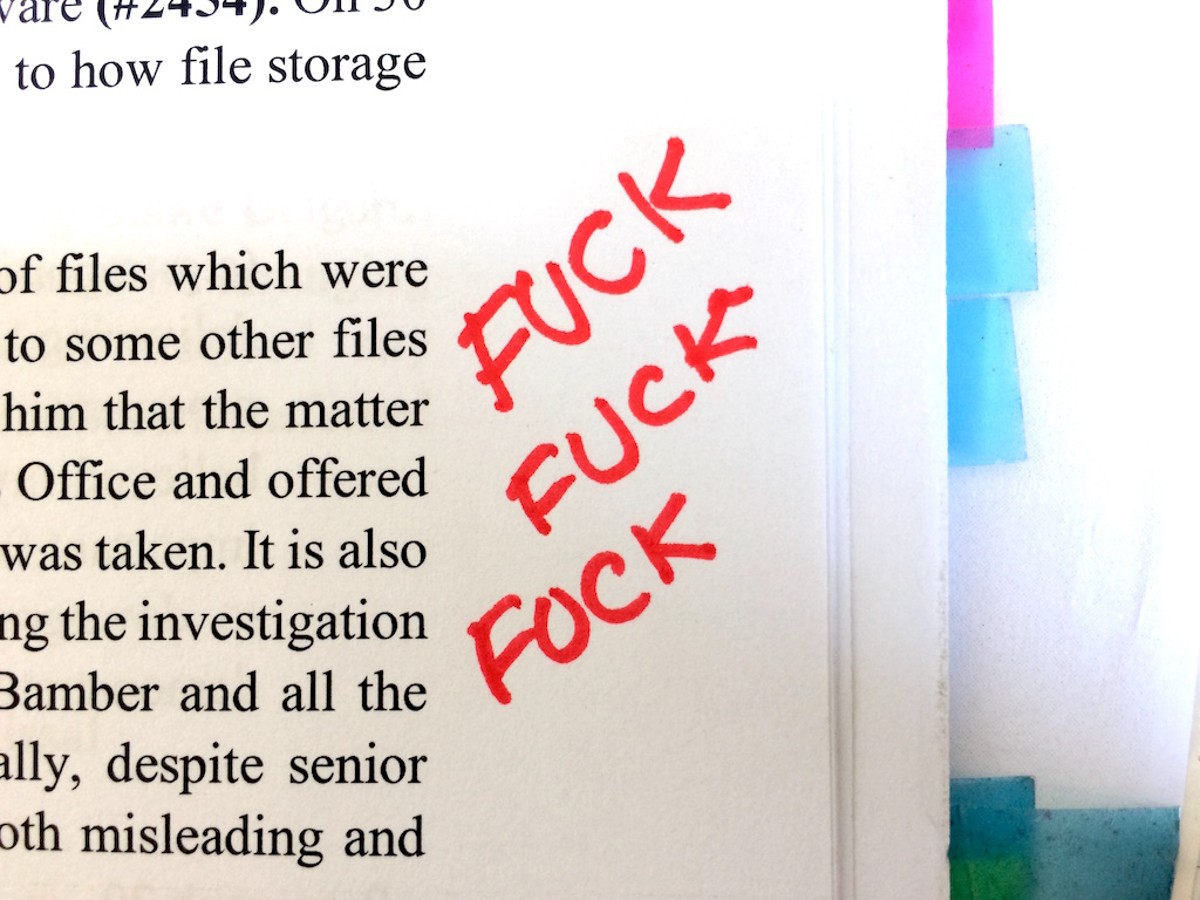 Many of the social media comments about the allegations made by Mark Edmunds at the East London Employment Tribunal which came to light in our news stories here and here can be summed up in one word. Denial.
Oh ok, its a Bank Holiday Weekend so let’s have two words – complete denial.
Some have been keen to try and pin the blame on Tower Hamlets First. Trouble is our initial analysis indicates that around 80% of the alleged incidents took place after Lutfur Rahman was dismissed from office.

At the height of Love Wapping’s investigations into exactly what Lutfur Rahman, the previous directly-elected Mayor of Tower Hamlets, and his chums had got up to the comments on Twitter and Facebook were very similar in tone to those of this week.
Which just goes to show that the truth is often hard to deal with.

Those currently in complete denial have two choices.
First choice is to continue with the whole denial thing and see how you feel as your political world crumbles around you.
Few if any will pity you, but at least you won’t look quite as daft as you do now.
Second choice is to quit with the denial thing, face up to facts and get your political world fixed.
It is very unlikely that this will happen for one simple reason. If any of the numerous allegations made by Mark Edmunds are proved true it will become apparent that the deniers stood by fully aware of what was happening and did nothing.
Our bet is that most of the deniers will choose option three – they will not do a damn thing. They will continue to deny the facts while at the same time showing themselves lacking the moral courage to do the right thing. So they will condemn themselves twice.
And that is after they are condemned by the residents of Tower Hamlets.
If any of the allegations are proved. Natch.
The spirits of the deniers will be not be in any way dampened by a simple fact. The allegations made by Mark Edmunds are just trickles of water leaking through a very old dam. That dam is just about to fail and the floodwaters will pour through.
How does LW know? Because that is what we do.
The hearing continues on Tuesday next week.
[ls_content_block id=”18928″]
[ls_content_block id=”15317″]

The allegations made by Mark Edmonds come as no surprise to me having, with others, taken the election petition in 2014/15 which proved election fraud against Lutfur Rahman.
Mark Baynes and Love Wapping are to be congratulated for fighting corruption at every opportunity. It was notable that my Labour Party was of little or no help to the petitioners despite the obvious fact that it would be the obvious beneficiary of the success of the petition, though several members stuck their necks out to their great credit. Lutfur Rahman’s apprenticeship was, of course, in Tower Hamlets Labour Party.
The truth must come out before another election especially before the mayoral election in 2022. The reality is that the London Borough of Tower Hamlets has been, and continues to be, institutionally corrupt. I am not accusing individuals, but that the whole institution in rotten. I may not always agree with Mark Baynes, but I admire and support his tenacious pursuit of the truth. Precisely what the press should do.
Readers will note that Lutfur Rahman’s former PA at the Town Hall has declared that she wishes to be the next Labour MP for Poplar and Limehouse. As Mr. Rahman’s former PA at the Town Hall, she will be familiar with all civic matters.
Apsana Begun should be asked:
1. What did she know about voter fraud when she worked in the mayor’s private office?
2. Did she give evidence to the election court or the police?
3. If not, why not?
The role of Momentum locally and nationally also merits scrutiny. As a Momentum member myself, I was unaware of any consultations. All forms of discrimination are wrong including all women shortlists which are often devices to manoeuvre favoured sons and daughters, secretly backed. The Left must be transparent and accountable otherwise we are lost.
I have asked Jeremy Corbyn whether he has met Lutfur Rahman since 23rd April 2015, (when the latter was convicted of voter fraud), or whether he has permitted others to meet him.
We really do need to know.
Andy Erlam
andyerlam@ymail.com