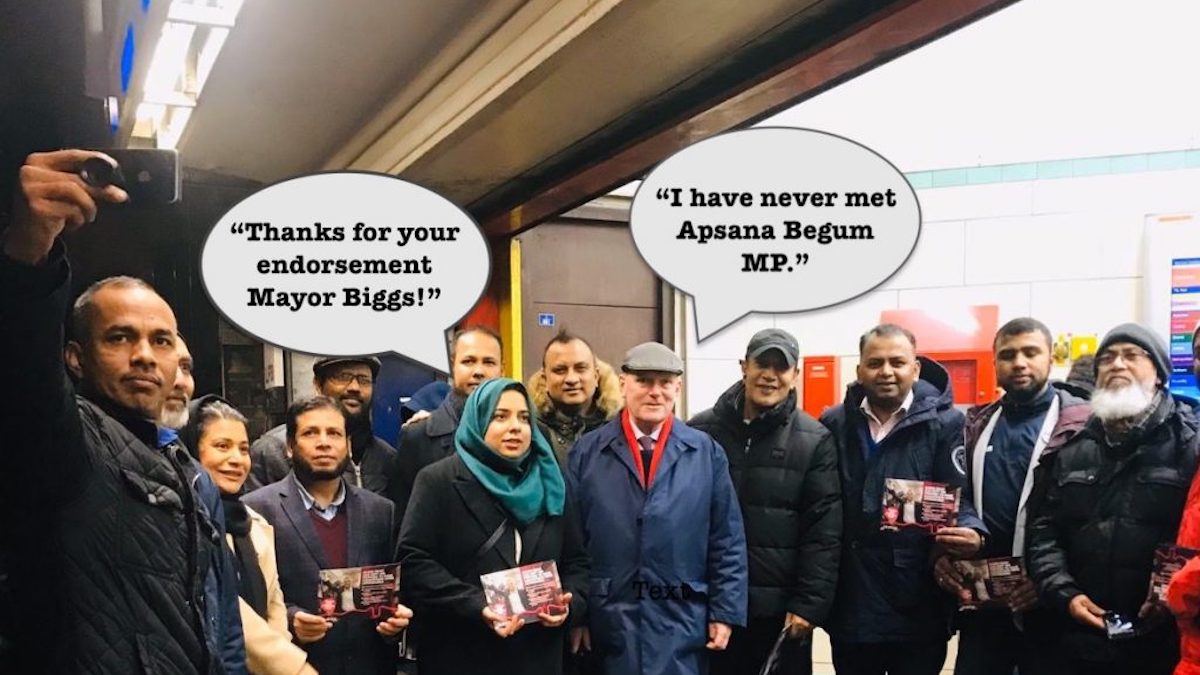 Apsana Begum, MP for Poplar and Limehouse, appeared at Westminster Magistrates Court this morning and pleaded not guilty to three charges relating to fraudulently obtaining social housing in Tower Hamlets worth £300,000.

Ms. Begum appeared in the dock and gave her name and pleaded not guilty to the three charges. Her lawyers also issued a statement which said that “Ms Begum vigorously contests these malicious and false allegations.”

According to a report in the Daily Mail Ms. Begum refused to give her address because ‘she has issues with members of the Labour Party’.

Ms Begum was elected to Parliament in 2019.

Part of the allegations arise from her original application to be on the Tower Hamlets housing register on July 22, 2011.

Ms. Begum was given a one-bedroom flat on the Isle of Dogs by Tower Hamlets Council but is accused of concealing her true housing status between 2013 and 2016.

The core of the case seems to be the possibility of discrepancies between what Tower Hamlets Council was told and the exact nature of her housing circumstances at certain times.

The borough has around 20,000 people on its waiting list for social housing, many of who have been waiting for a decade or more to be housed, and as a result it is almost unheard of for a single woman without children and without any other extenuating circumstances to be given a property.

In addition to the charge of fraudulently obtaining £300,000 of council property she is also accused of costing Tower Hamlets Council a further £63,000 of loss to the council due to them having to house someone else in the housing list in another property.

She will now appear at Snaresbrook Crown Court for plea and trial preparation hearing on 5th January 2021.

Ms. Begum was freed on unconditional bail until the next hearing.