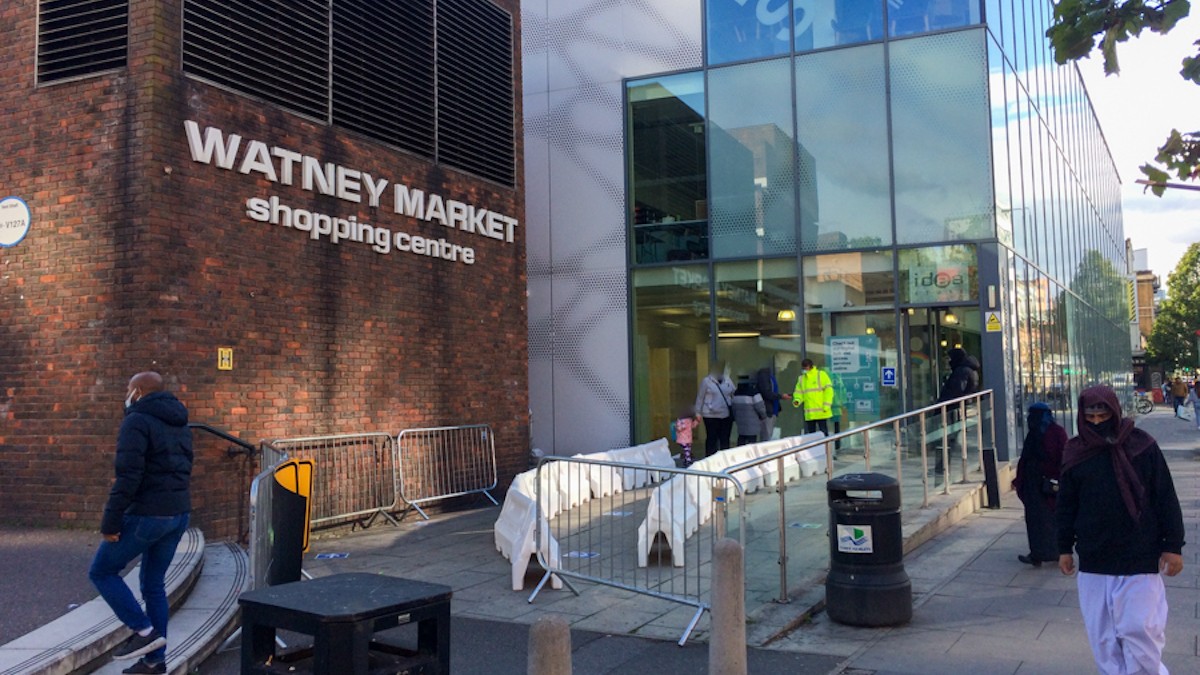 At Council tomorrow night a petition will be heard to remove the Covid-19 Test & Trace (T&T) Centre from its current location in Watney Market IDEA Store to somewhere less congested and more suitable with consultation from the local residents.

A possibility is for the Centre to be moved to St. George’s Old Town Hall in Cable Street.

This sounds a sensible suggestion as the Old Town Hall is just down the road from the current location at the northern entrance to the market in Commercial Road but is a lot less busier.

There is a bus stop nearby and Shadwell DLR is just a couple of minutes down the road.

The only possible reason why Watney Market IDEA Store was chosen to be a T&T Centre is that whoever made the decision has no local knowledge of the area.

Maybe they should have asked the councillor for Shadwell? Strangely enough Cllr. Rabina Khan (Liberal Democrat) was not asked about the best location for the T&T Centre. She only knew when the rest of us did.

Almost as if Cllr. Khan was deliberately kept out of the discussions because she is a Liberal Democrat? (Petty? Yes. Typical Labour Party behaviour? Absolutely.)

‘The first thing residents said to me when we found out the T&T Centre was to be in the IDEA Store was that the older people should have been consulted. They were not,’ said Cllr. Khan.

‘If we are going to move the T&T Centre from Watney we need to talk to residents first and take them with us.’

Hainton Close is mainly bungalows for older people and is directly adjacent to the IDEA Store. In addition there are several hundred people living in the maisonettes in Watney itself.

In comparison St. George’s Old Town Hall is more isolated, no houses or flats adjoin it and it even has a park behind it.

The Idea Store location is next to a very bus bus stop and it would be interesting to know how many perfectly fit residents have got off a 115 outside the IDEA Store and immediately caught Covid-19 from someone going in to be tested.