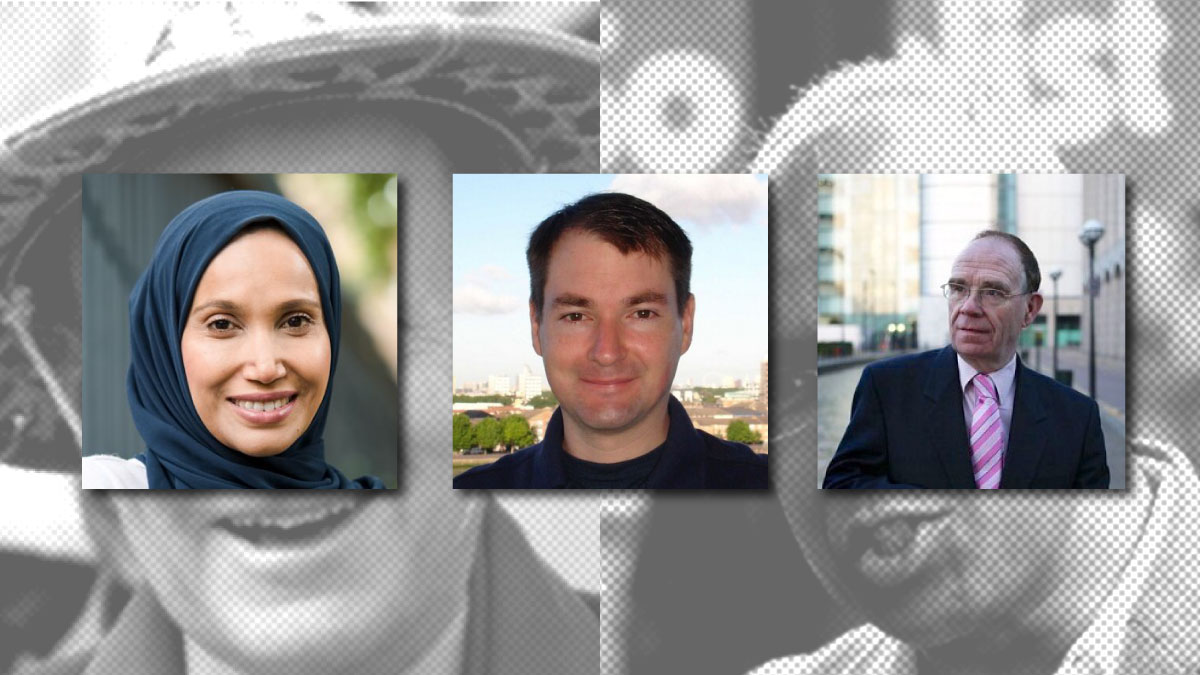 Opposition councillors Andrew Wood, Rabina Khan and Peter Golds will propose a motion at the Council meeting on Wednesday 18th next week that seeks to slow down the approach that Tower Hamlets Labour want to take to the Mayoral referendum issue.

In other words they want to do it properly.

The Opposition councillors believe that there are ‘deep flaws’ in the current process proposed by Tower Hamlets Labour and it means rushing into a very important decision that will effect the borough for years to come.

Both neighbouring borough Newham and Sheffield City Council (both Labour councils) have both chosen very different referendum options to be put to voters next May.

The view of Wood, Khan & Golds is that there are six governance options available not just the three Labour debated [told to vote for by Mayor Biggs] or the two options proposed, either Directly elected Mayor or Leader and Cabinet.

Cllr. Woods says that it should be also be made crystal clear that Biggs should go if the Leader and Cabinet model is chosen, and argues there should be a delay in the referendum vote so as not to mix up the performance of Mayor Biggs with the referendum choice.

The full draft motion (proposed by Wood, seconded by Khan and Golds) is at the bottom of the page but the key points are as follows:

To agree to the principle of a referendum in 2021 but not rush into a fixed choice without due process, we can learn from what other Councils have done to guide us;

That no referendum be held until it is clear:

That a referendum late in 2021 would:

The small but dynamic Opposition group made up of councillors Andrew Wood, Rabina Khan and Peter Golds have shown that they not only believe in the democratic process but will abide by its principles and give residents a proper choice.

In contrast Mayor Biggs just wants things to be how he wants them so he can stay in power either by staying as Directly elected Mayor or as Leader of a Labour Cabinet.

Accounts of the Tower Hamlets Labour group meeting held last week all described a stomach-churning display of sycophancy as one Labour councillor after another toed the Mayor’s line and voted as ordered (with one exception we think).

Rumours are that some of the Labour councillors went along with this nonsense despite disagreeing with Biggs until they think the time is right to stand up and be counted.

Guess what boys and girls? That time is now.

The roll call approach to voting was deliberately designed to put pressure on each individual councillor to vote the right way.

Just to be on the safe side the Labour councillors also told the Mayor what a fantastic Mayor / leader / man / human being / elf he was. Some even professed to understanding his warped sense of humour.

The level of fawning was at such a level that the Mayor told the councillors that ‘there is no need to praise me’. Seriously.

At least there is zero chance of Tower Hamlets residents or the Enquirer ever doing that.

All going to Lutfur’s plan

Lutfur Rahman must be laughing all the way to the polling booth as the fundamentals important issue of choosing to have a Directly elected Mayor or not descends into the usual farce that passes for local politics around here.

Lutfur knows, as does any commentator of Tower Hamlets politics, that the only thing the local Labour Party can be relied upon to do is to put their own personal and tribal interests well before the needs of residents.

That is what is happening now and will continue to happen right up until the vote and beyond.

It will be interesting to see how many of the current Labour Party councillors suddenly remember what a wonderful chap Lutfur Rahman is in the next couple of months and defect to his cause, noses twitching as they smell the power and influence denied them by Biggs.

Moley’s guess (and it is a guess) is that of the 42 current Labour councillors between 10 to 15 will switch to Lutfur.

Another five, maybe a few more, will ditch Labour and become Independent or Conservative councillors so boosting the Opposition group to 10?

It is unclear how many Labour councillors might jump over to the Rabina Khan’s Liberal Democrats but there are a few.

So that could mean, depending upon local elections results, a Tower Hamlets party grouping looking like this:

So Labour would be political toast if any of the Independents or Liberal Democrats vote with Lutfur’s group.

Or the Liberal Democrat / Independent / Conservative opposition grouping would be stuffed if Labour and Lutfur ganged together.

Or… Who knows? Not Moley.