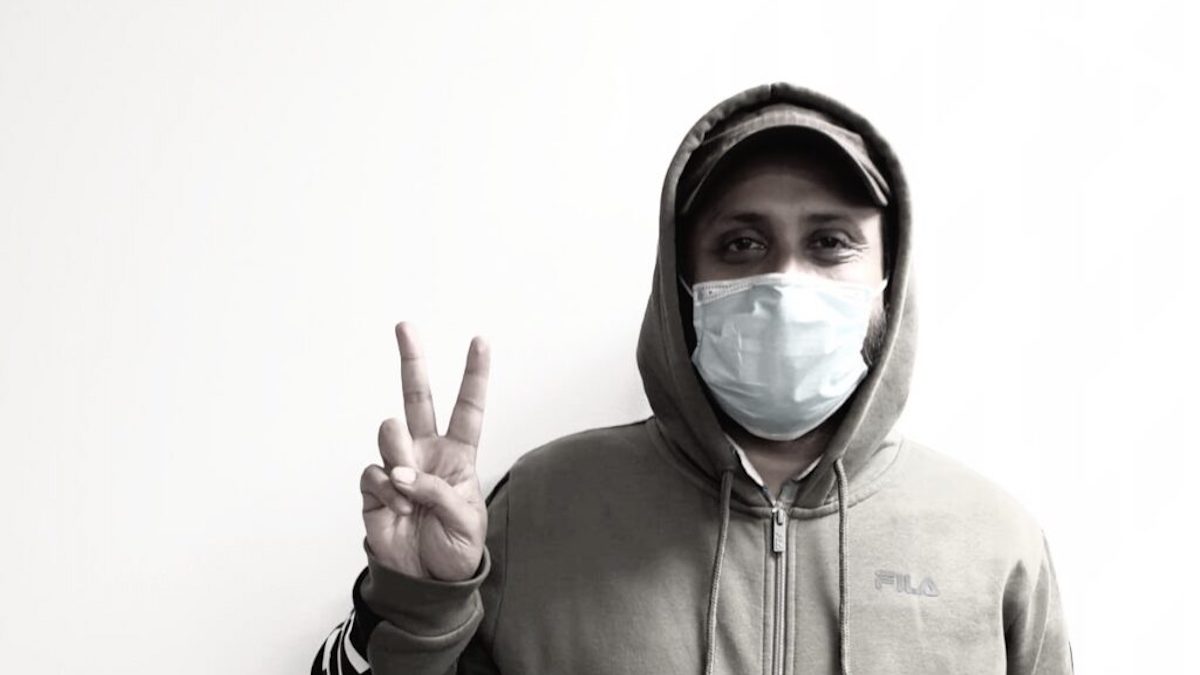 Note: As there is an active police investigation into this issue we are restricted in what we can publish.

Say whattttttt? Even by Rotten Boroughs standards Tower Hamlets has excelled itself this week with two quite extraordinary events taking place in the same Cabinet meeting.

The most momentous of the two events most people have yet to spot, but the second was plain to see and left Moley rubbing his eyes in disbelief.

Here is the video, you can see the original at 0.13.33 of the web cast (Cabinet – Wednesday, 28th October 2020) and below is a verbatim transcript of Mayor Biggs words:

“I want to make another point actually which is that it was brought to my attention at the weekend that one of my councillors was seen in public in a gathering of four people who were not members of his household to the best pf my knowledge and was challenged by somebody, he was in an indoor space, he was challenged by somebody and he or one of his colleagues told them to mind their own business. I am very concerned about this as every member of the council is a responsible person and community leader who shows leadership and I expect every member of the council when challenged or in their public realm to be ambassadors for good behaviour in our community. I wrote to that member inviting him to apologise publicly and he has declined to do so and let’s see what happens next but i am really quite annoyed to put it mildly because there are people in our borough who are very fearful and they need to be looked after and shown leadership on this matter so it is a very serious matter from my point of view and I regret making this announcement at a cabinet meeting but its just not acceptable that people elected and trusted by the people of the borough behave apparently in that fashion, everyone has the right to defend themselves and declare that it was all a misunderstanding but I don’t see evidence that that’s the case so I am sticking my neck out but I think I am making a very clear and emphatic statement that we have to lead from the front in this crisis.”

An obnoxious display of double-standards

What total and complete cynical hypocrisy.

Here are some hypocrisy highlights.

Oops, looks like the minutes from a Chuckles District Council meeting have slipped in and…. what? He is talking about Tower Hamlets? Seriously? Ambassadors for good behaviour? Are you sh*tting us all?

“…I regret making this announcement at a cabinet meeting…”

So why make it then? Were you forced to do so by the little mischief elves who live in your office? Or was your sense of morality so shocked by this that you could not stand idly by?”

Give this guy a medal. One with two faces. Since when has Mayor Biggs given a damn about how any of his councillors behave? Never, last time I checked. His disregard for acceptable behaviour is as pronounced as his disregard for the welfare of residents..

Below is a brief list of some of the things his councillors have got up to where Mayor Biggs has not uttered one word, ONE SINGLE WORD, in protest at their behaviour in any meeting, Cabinet or otherwise.

In December 2018 Labour councillor Harun got suspended and eventually resigned but that was related to fraud allegations and he was found guilty and went to jail.

And in October 2018 Cllr. Mohammed Pappu got caught out by The Times newspaper after he shared antisemitic posts on Facebook [£]

In November 2018 Cllr. Pappu wrote the longest sorry letter in recent political history. and is now the Labour councillor for Blackwall & Cubitt Town.

When Moley was on the staff of Love Wapping he told the story of Labour Cllr. Tarik Khan, the South London Procurement Network and the Planning Application It seems nobody did anything wrong.

(BTW Tarik how is your new job at the ONS going Tarik? Or should we say Canary Wharf Group? Or have you moved on?)

And of course Mayor John Biggs himself has never adequately explained why he protected a particular Youth Service officer from investigation and almost certain prosecution but then he’s the Mayor so that’s fine, innit?

Not to mention the raft of stories relating to Tower Hamlets Labour councillors which we are still working on which will make your eyeballs pop when public.

“I think I am making a very clear and emphatic statement that we have to lead from the front in this crisis.”

Yeah? Sounds like you are just talking out of your arse mate for your own political purposes.

Does he think for one second that he or any of his cronies lead from the front? Seriously?

Someone like Mayor Biggs has no place in public life whatsoever and should be removed from office by the Ministry for Housing, Communities and Local Government with immediate effect.

Mayor Biggs is trying to bully Cllr. Puru Miah because Cllr. Puru has the independence of mind and good character to stand up for what he believes is right.

Which means supporting a new approach to governance for the council, support for a Committee System for the benefit of all not just a select few which the current system perpetuates and the Leader and Cabinet model would also deliver.

Puru calls the cops – on the Mayor

Which brings us to Cllr Puru Miah (Labour, Mile End) and him calling the cops on the Mayor and the Tower Hamlets Labour Party Chief whip Cllr. Brady.

Cllr. Puru’s explanation as to why calls the cops can be found here, ‘Statement on allegations I was in breach of Covid-19 regulations’ which Mole urges you to read then reflect on the Mayor’s words as above.

The first paragraph gives you the general idea but the devil is in the detail.

“It is a sad state of affairs in Tower Hamlets, that I am having to make a public statement on what should be a private matter. In recent days I have been contacted by members of the public, Labour Party members and non-Labour Party about my imminent suspension as a Labour councillor due to allegations that I broke the law by breaching the COVID-19 Regulations.”

So what is allegedly going on with Cllr. Puru that led Mayor Biggs to take the extraordinary step of calling him out in a Cabinet meeting? Not one of the other Labour councillors mentioned above have ever been treated in such a manner.

Could this be in any way linked to the fact that Mayor Biggs is a tad unhappy ‘cos Cllr. Puru is not toeing the Mayor Biggs line to enable him to retain power?

Moley has always considered Cllr. Puru to be a pretty decent bloke so was shocked when he realised that he might in fact be the reincarnation of Jack the Ripper himself. Run for the hills! Run!

Or not. Seems Cllr. Puru is having the Labour book thrown at him because he, brace yourselves, had a coffee with some mates in Costa.

Off with his head (just to be on the safe side)!

The allegation against Cllr. Puru (well, in the minds of Mayor Biggs and Cllr. Brady anyway) is that he ‘broke the law by breaching the COVID-19 Regulations’ according to his blog post. Which he flatly denies.

And that is all we – and you – are allowed to say relating to this matter. Remember this when you are in Twitter Land.