Councillor you are on mute! Overview & Scrutiny meeting roundup 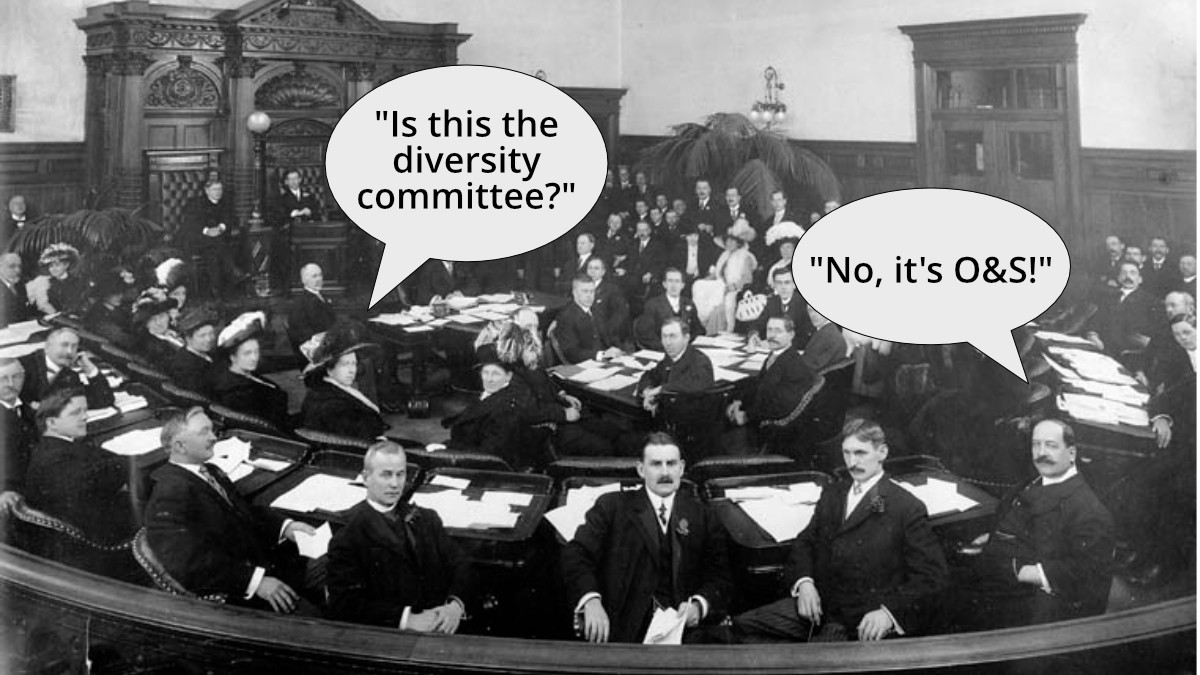 Monday evening brought disappoint to thousands of residents (well, ten maybe) across Tower Hamlets as the webcast for the Overview & Scrutiny Committee scheduled for that evening did not work.

Seems the webcast system could not cope with two webcasts at the same time as another was still in progress. Which is pretty slack.

Borough morale was restored when the Overview & Scrutiny Committee (O&S) was finally available for webcasting and you can watch it here.

The more recent 0&S was primarily about council finances (we ain’t got enough), Liveable Streets and Covid-19 (which is one of the reasons there isn’t enough money).

You can access the Liveable Streets slide deck referred to in the webcast from this link.

Dull as these webcasts of council meetings are they are a very good way for residents – that’s you – to see what councillors do and if they are any good at it.

Cllr. Marc Francis (Labour, Bow East ) is always very good and on this occasion questioned the logic of the council having to lock itself into another three-year financial plan when none of us have a clue as to what is happening next week or next month because of coronavirus. He suggested that there needs to be a one-off one year plan. No doubt there are all sorts of rules and regulations around this stuff but guess what? Covid-19!

At 50 minutes into the webcast Liveable Streets was up for scrutiny and the presentation was led by Cllr. Dan Tomlinson (Labour, Bromley North)

According to Cllr. Tomlinson “the consultation has been a success”. Which is good because for the amount of money it is costing it should be.

At 1h 17m we heard that the consultation for the Bow part of Liveable Streets scheme had cost £1m.

Huh? This borough can spend £1,000,000 on consultation costs for one part of one scheme to make some parts of some streets ‘nicer’ but refuses to fund the Meals on Wheels service for the elderly? In a pandemic? IN A PANDEMIC?

Mole wonders if the Meals on Wheels service would be cut if every pensioner owned a bike? Answer – no way.

For some weird reason there are two different petitions to restore the Meals on Wheels service, this one which at the time of publication had 1,245 signatures out of the 1,500 target and this one which has 584 out of 1000 needed. Is there a third? Either way please sign both unless you have found the secret of eternal life and will never age.

Cllr. Bex White (Labour, Lansbury) was most definitely on the ball – it was blindingly apparent in her body language – and asked Cllr. Tomlinson about the accuracy of the Liveable Streets online consultation responses as many of those opposed to the scheme were concerned by this. He said that there was a check to see if addresses existed but there was no check to see if that person exists at the address. Cllr. Tomlinson does not believe the responses are skewed.

Seems that because of Covid-19 there was uncertainty around the ability of TfL to continue funding Liveable Streets (oh nice! It’s their idea!) and there may be a need for the council to ‘reprioritise’ and the need to ‘reduce our ambition’.

Seems if TfL bail out then there will be a £10m funding gap. Oops. This might mean that a raid on the s106 / Community Infrastructure Levy (CIL) funds might be necessary. And that funding was going to be used for…?

Cllr. Dipa Das (Labour. St Dunstans) asked two very good questions. (1) Had there had been a full risk assessment for emergency vehicles access through Liveable Streets locations and (2) had accessibility issues been addressed?

Cllr. Das said that a lot of people had approached her about these issues and many had the perception that traffic was being diverted to more socially disadvantaged areas. Cllr. Tomlinson said that the emergency services had been consulted for every location and plans tweaked if needed, accessibility had been properly addressed and traffic was not being diverted to poorer areas.

The one and only Skew Bridge was mentioned in reference to it being adapted because of the need for socially distancing.

Watch from around 1h 22m of the webcast for the Covid-19 bit.

Cllr. Gabriella Salva Macallan (Labour, St. Peters ) made a lot of very good points, especially regarding the need for an ‘equality grid’ [think this is council speak for a spreadsheet showing which groups of people got hit worse by Covid-19?]

Cllr. Bex White asked Cllr. Rachel Blake (Labour, Bow East) the best questions of the meeting IMHO (In Moles Humble Opinion) about comparisons of the LBTH Covid-19 response compared to other boroughs. What could we learn to use in future? What would the comparators be?

Cllr. Blake did not seem to keen on this idea and said “I personally would hesitate to make too many direct comparisons because I think the experience of individual communities has been so unique.”

Huh?. Sure every borough is different but undertaking a benchmarking exercise against say Hackney, Newham, Lambeth, Southwark etc would seem to be a top priority before a second wave of the pandemic hits.

To put this in terms of votes – no benchmarking exercise = less votes at next election.

Maybe residents should do a pandemic response benchmarking exercise instead if LBTH sees no need for one? Any reason why not?

There was some talk about a ‘north east london grouping’ of boroughs and a ‘central resilience grouping’ which Mole did not really follow.

Also there did not seem to be any slide deck available for Covid-19. Why not?

As with everything at the moment this O&S meeting was virtual (on the interwebs) with councillors and officers dialling in. It was clearly apparent who had a decent video conferencing setup sorted and which had not.

Cllr. Bex White had the best setup by far, you could both see and hear her clearly. Gabriella was pretty good as was Candida Ronald, Marc Francis not too bad but his wise words were clear.

Not quite sure what value Cllr. Tarik Khan (Labour, St. Peter’s) brought to the proceedings and he seemed to be far, far away from the camera, sitting back and his comments were pretty obvious stuff that none of the other councillors called him out on. They need to.

In the ‘Resources’ tab of the webcast you will find a document called ‘Transcript Wordv4[4293]’ which is the transcript of the previous O&S meeting on 22 June. (Usability note: It is best practise to name this file ‘Minutes of the Overview & Scrutiny Committee Monday 22 June 2020’ or similar because (a) that is what it is about and (b) it could then be found when people Google that term. Just saying.)

Anyway you can find the Minutes of the Overview & Scrutiny Committee Monday 22 June 2020 here.

We mention this as it is a very short summary of what was said rather than proper minutes.

A couple of things caught Mole’s eye. This one

“The Committee questioned the fairness of the discretionary grant for market traders and indicated that it would like the Council to review this and provide further information on how this grant has been apportioned” which EEE covered here [LINK] and this one “It was noted that mortality in care homes has been significant, with some care homes in Tower Hamlets having nearly thirty deaths.” covered by the BBC Local Democracy Reporter here.

Meals on Wheels and the Poplar Papers

Local government corruption in a borough with as many disadvantaged residents as Tower Hamlets is evil.

Like all evil it needs to be wiped out without fear or favour.

EEE makes this blindingly obvious point because, as mentioned above, the Meals on Wheels service has been cut and there is a campaign to reinstate it.

Residents are told that the reason Meals on Wheels is no more is because there is not enough money to finance it. Which is correct.

Problem we have with this notion is that the Poplar Papers have revealed that numerous council officers who were investigated for corruption had their alleged misdeeds ignored.

In several cases these individuals are still working for LBTH. Some of them have even been promoted.

So how is it that these officers had investigations into their alleged wrongdoing dropped by Mayor Biggs administration? Because it is highly likely that council officers are still bleeding the borough dry with total impunity ‘cos they know if they get caught (again) nothing will happen to them.

That is why there is no money for Meals on Wheels or other essential services.

The corrupt benefit as the disadvantaged suffer.

Fortunately Mole knows who these people are – as does the current administration – and we will be publishing full details very soon.

And details of those who protected them. And continue to protect them as residents suffer.