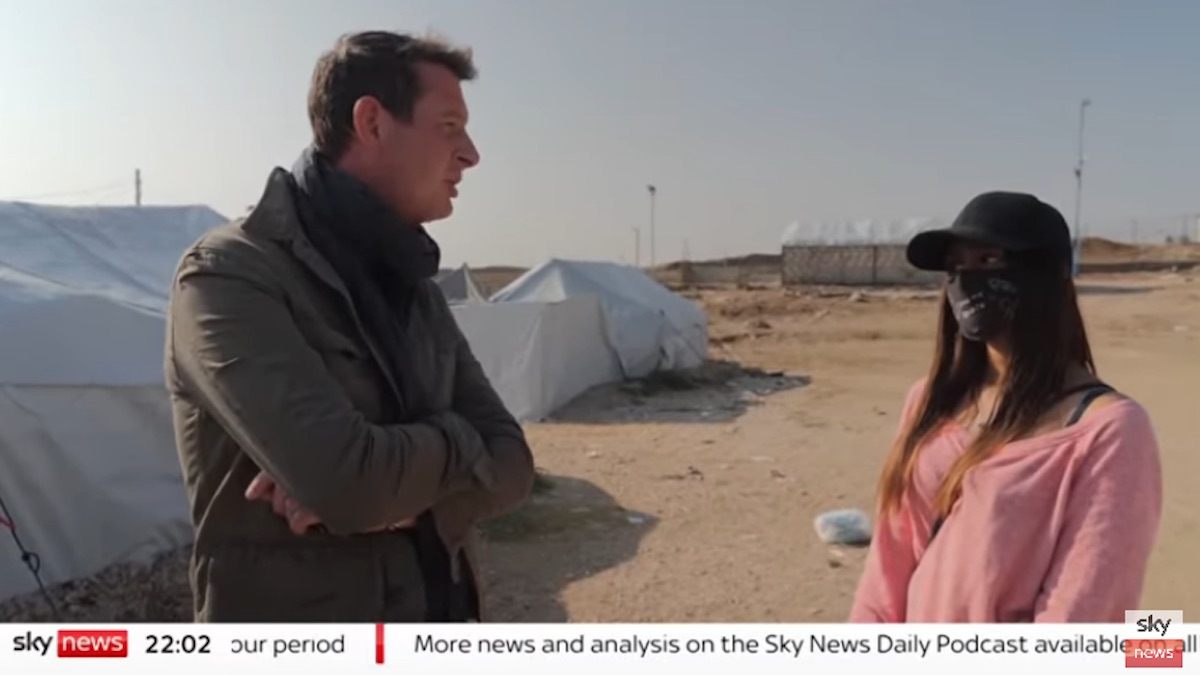 Shamima Begum, one of the Bethnal Green Schoolgirls who fled to Syria in 2015 to join Islamic State, has revealed details of how she was radicalised in an interview with Sky News Middle East correspondent Alistair Bunkall.

You can see Alistair’s interview on Sky News here Shamima Begum: IS bride insists she ‘didn’t hate Britain’ when she fled to Syria – and now wants to face trial in UK or check it out on YouTube below.

The new details further reinforce the need for a Serious Case Review (SCR) into the radicalisation of Shamima and her friends and cast doubt on the official line that has been provided to borough residents since 2015.

Why no Serious Case Review?

Tower Hamlets Council has refused to undertake a Serious Case Review into the case of Shamima and her friends, stating that the circumstances of the radicalisation of 15-year-old schoolgirls in the heart of our community by Islamist extremists of the most vile kind did not meet the required threshold.

In the Sky News interview an eloquent though reserved Shamima states that she believes that the only crime she has committed was in coming to Syria.

The most revealing details are the comments she makes about how she was radicalised. The key points are:

That she was radicalised online, and by people she regarded as friends, as well as those she knew in person and others who were strangers undermines the narrative given by the MPS Counter Terrorism Command (CTC) and the Security Services that the radicalisation took place online.

Only a fool would believe this so it is no surprise that the Biggs administration has been only too happy to go along with it – no Serious Case Review means no political embarrassment to a Labour administration elected on a promise of cleaning up Tower Hamlets.

That Shamima was ‘groomed’ in her own words (a more accurate term than ‘radicalised’) over many months creates very large holes in the authorities official narrative to date.

A cloak of secrecy has obscured the details of just how 15-year-old schoolgirls were convinced that heading off to a war zone would be a good plan.

This means that the parents of other children in the East End of London have had no facts they can use to protect their sons and daughters.

Nobody has ever been charged with the radicalisation of Shamima and other girls from Bethnal Green Academy.

And that means, as this publication has stated many times, that the guilty still live amongst us.

Radicalised over many months

The other significant fact that has been voluntarily revealed by Shamima Begum is that the radicalisation of the Bethnal Green Schoolgirls took place over many months.

And that means that for many months the staff at Bethnal Green Academy failed to detect anything was amiss, Tower Hamlets council failed to realise what was going on and the security services were either completely clueless or were quite happy for the radicalisation to continue as it would provide them with desperately needed intelligence.

Shamima says that during her radicalisation she was promised paradise but the reality was that it was hell on earth.

Towards the end of the interview Alistair Bunkall asks Shamima at what point from arriving in Syria did you think ‘I have made a massive mistake here?’

‘The second I crossed the border,’ she replies.