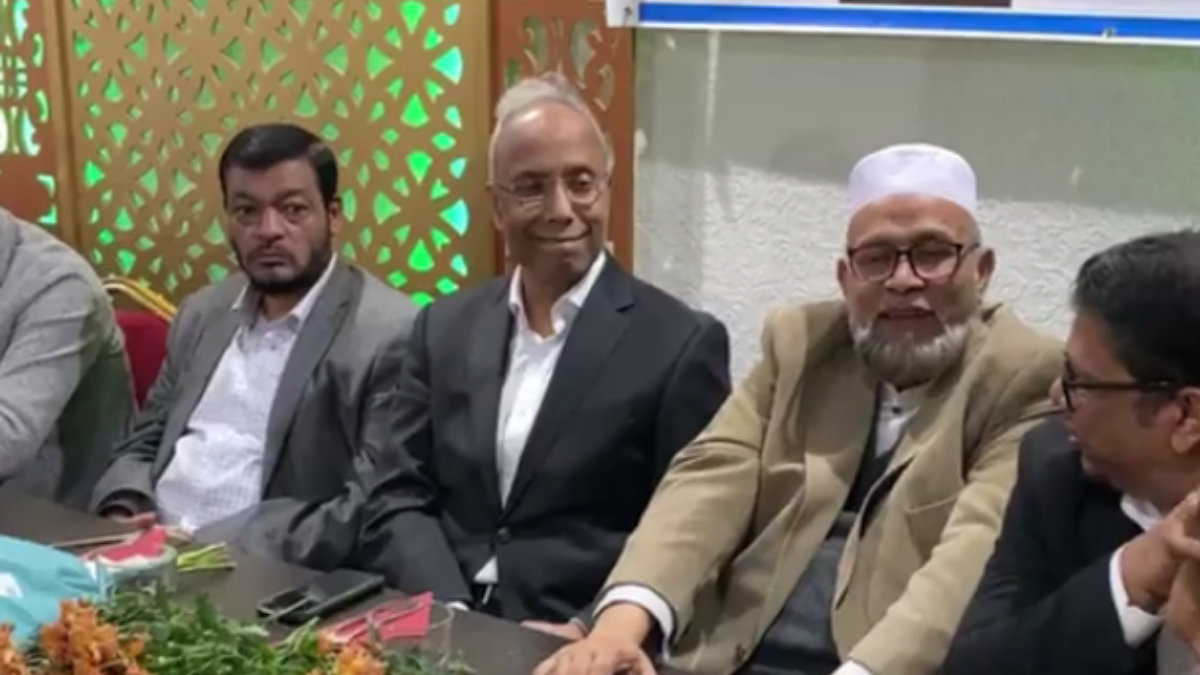 A video of an event at which former Mayor Lutfur Rahman was guest of honour shows a community leader proposing tasking carers with gathering thousands of votes from their clients for Rahman.

The event took place on 29 September 2021 at the Inauguration Ceremony of the Tower Hamlets Carers Association Ltd. You can view the video here at Sylheti Online however it is almost all in Sylheti.

Mole has arranged a translation into English of the interesting bits just down the page. First the video. The whole video is the best part of two hours long, but this is the most interesting two minutes.

Disclaimer: Our standard practice is to have videos or audio clips independently translated into English by two people but have not managed to do this in this instance. However the Enquirer does believe the translation below is accurate.

But if 1,000 brothers and sisters who are carers work together and if each of these carers collect 20 votes each, then from our carers association we can deliver 20,000 votes to Lutfur Rahman’s election box.

I promise you all as an advisor I will collect 1000 votes.

[To the Audience he says]
Can’t you all collect just 20 votes each?

Someone from the audience shouts out “Inshallah” [If God Wills]

If so from today we start work from the Carers Association.”

To be clear, Mr Shukur seems to be saying that carers, trusted by the people they look after, should breach that trust by obtaining votes for the benefit of Lutfur Rahman.

Some of the people they care for may not wish to vote, others might not be capable of making an informed decision as to how they might vote and it is a safe assumption that none of them would be told that they were victims of an operation which is at best dubious and almost certainly illegal.

Although a new one for our borough this type of scam has a precedent, ‘monjas roban votos elecciones’.

In the great Basque city of Bilbao it has been reported that a nun stole votes from several elderly people.

Seems the nun asked them “how they wanted to vote?” and then marked the ballot for the Popular Party however they replied.

Not sure if the Basques got the idea of ‘monjas roban votos elecciones’ from us or if we got it from them?

There are only three ways to vote in a UK election, in person at a polling station, by completing a postal vote form or by choosing a trusted person to be your proxy.

The person undertaking at proxy vote can only be a proxy for their close relatives, plus two other people, at the same election.

By this definition Mr Shukur’s suggestion is illegal.

You can find out more about voting on the Electoral Commission site here.

Sir Eric Pickles report ‘Securing the Ballot’ written in the wake of the 2015 electoral petition is also worth reading and you can find that here.

It is difficult to see how the bulk harvesting of votes by carers from their clients can in any way be seen as being legal, and it seems to be such an unusual way of gathering votes that there is not currently any legislation stating that it is illegal (but it is).

The speech by Mr Shukur raises many questions, two of which are ‘whose idea is this?’ and ‘how many other organisations in the borough are considering the same tactic?’

Is this novel way to win elections Mr Shukur’s idea? Or has a politician told him to do it?

And what of Lutfur Rahman? Maybe, due to our lack of Sylheti, we missed it but there does not seem to be point at which an outraged ex-Mayor jumps to his feet and condemns the suggestion by Mr Shukur outright, warns him of the dangers of this type of suggestion to the democratic process then stomps out of the room.

Lutfur Rahman sits only six places away from Mr Shukur as he speaks.

He seems happy with the speech.

He might be less than happy when this video becomes widely shared and people ask the question why was a man who wants to be the next Mayor and was the Mayor until he was kicked out of office for electoral malpractice think it was a good idea to be anywhere near this sort of suggestion, let alone in the same room?

But then nothing will happen to him, there will be no consequences – so why not?

With the amount of dodgy dealings stories that we are covering at the moment Moley needs a new pencil sharpener as his pencils gets too blunt to write with! But he is a poor little Mole so if you could find your way to donating some Mole pencil sharpener cash to him that would be very good indeed!