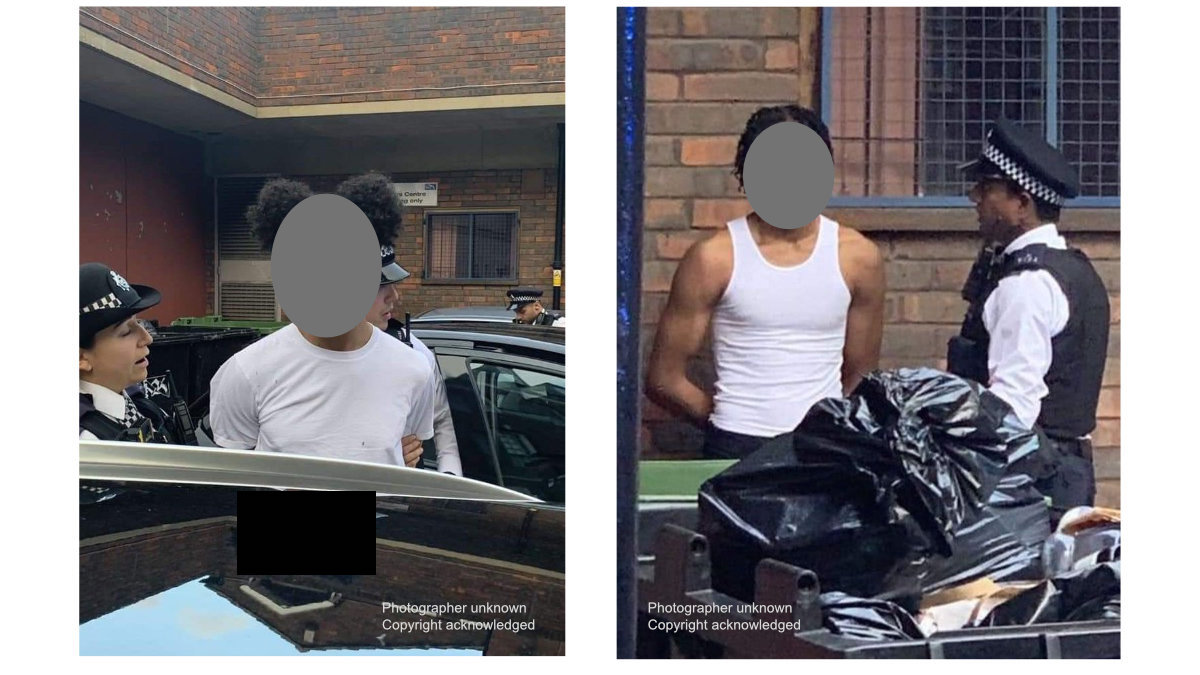 Three youths who had allegedly used a sword in a series of vicious street robberies in E1 had a taste of their own medicine yesterday when one was cornered by local residents who attempted to hacked off his hand with his own weapon.

The alleged street robbers, believed to be from East Ham, have been arrested by Tower Hamlets police after their violent day trip to the East End backfired.

UPDATE: Police are now looking for witnesses to this incident (see tweet below) which took place in Golding Street, E1 at 5.43pm on Sunday and are asking that people with information should call 101, ref 5643/12SEP.

Local residents say that the three men had committed at least three violent assaults within hours of each other, one man allegedly wielding a sword to terrify his victims.

It is believed these are the same men responsible for a series of increasingly violent robberies during recent weeks.

Their fourth robbery of the day in E1 went badly wrong when they were spotted by angry locals who chased them.

Two of the men managed to get away and were later arrested by police but their sword wielding companion was not so lucky.

He was cornered by an angry mob who disarmed him.

It is alleged that his own sword was then used to either partially or fully hack his hand off at the wrist.

Fortunately for the victim the emergency services arrived before he could be further injured.

He was found covered in his own blood from the wounds to his wrist.

A video of the man does exist but is too gruesome to be shown.

The man was given emergency first aid at the scene and then conveyed to a nearby hospital for further treatment. His condition and the full extent of his injuries is not currently known.

The Metropolitan Police Service has been contacted for comment.