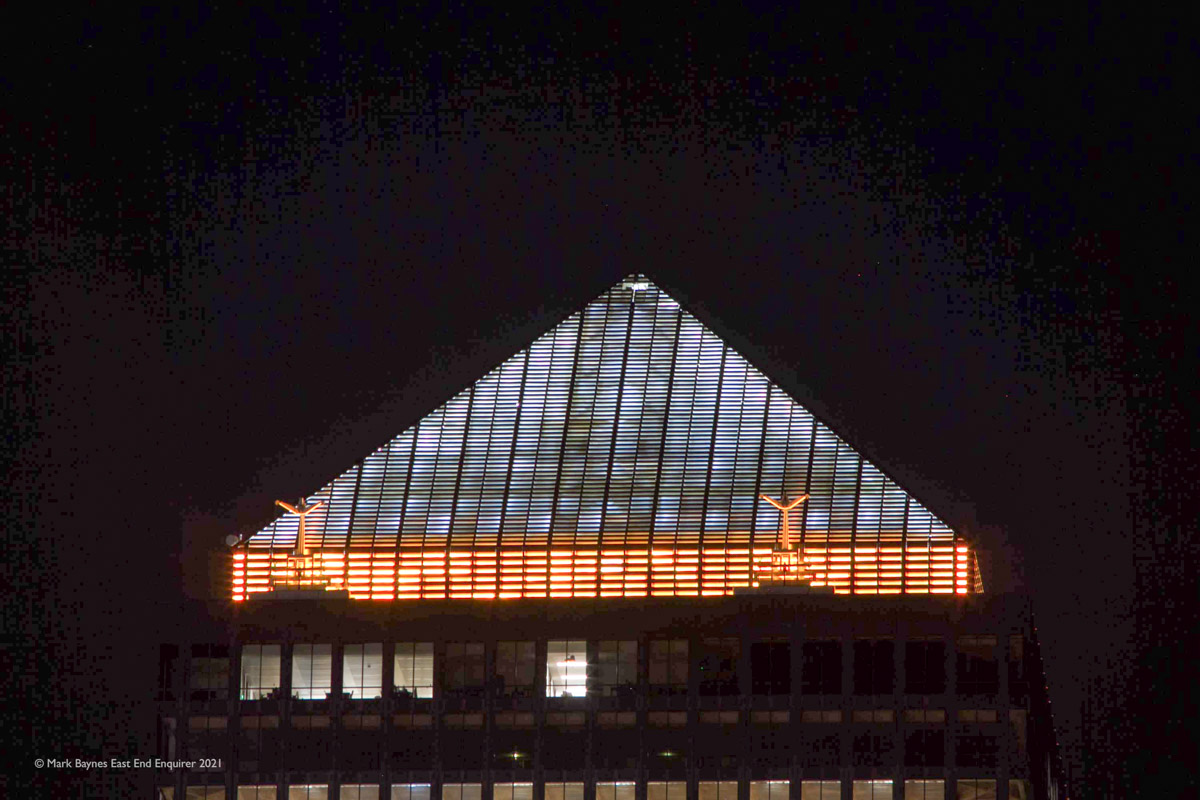 Last night the top of One Canada Square in Canary Wharf was illuminated by Canary Wharf Group as vigils were held in memory of Sabina Nessa, murdered last week in south London.

Earlier in the day Liberal Democrat Councillor Rabina Khan (Shadwell) was interviewed by Nick Robinson on the Radio 4 Today program.

Detectives are still searching for a man seen on CCTV around the time of the murder of Sarah and have released these images.

Do you recognise this man? If so contact the police.

Detectives are continuing to appeal for information about a man captured on CCTV in Pegler Square, E3 on the evening Sabina was attacked.

Police are urging anyone who recognises the man or a silver vehicle they believe he has access to to make contact immediately.

It is believed that she was making her way through Cator Park towards The Depot bar on Pegler Square, Kidbrooke Village where she planned to meet a friend.

Sabina never arrived at the pub and is thought to have been murdered as she walked through the park.

Her body was found close to the OneSpace community centre within the park at around 17.30hrs the following day.

A post-mortem examination carried out on Monday, 20 September was inconclusive.