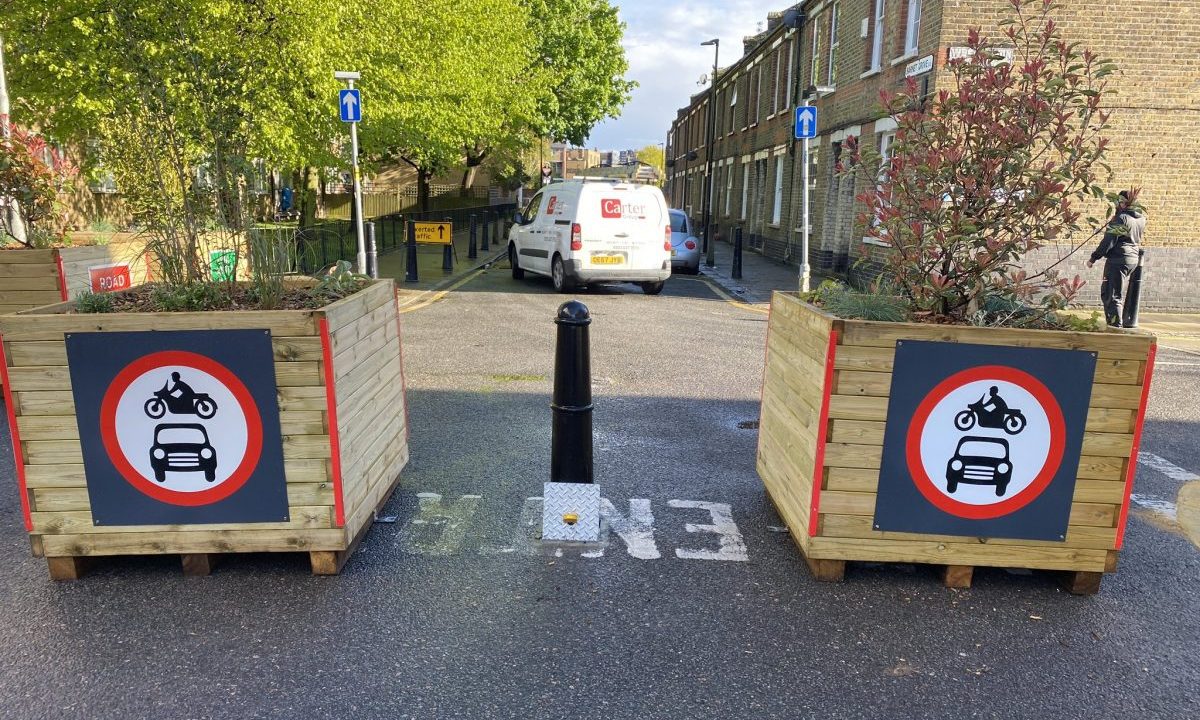 One letter in particular spells out the size of the gaps in LTN barriers needed for London ambulances to pass through without delay and would seem to expose London councils to legal action if they fail to comply with the requests leading to deaths.

The above quote is taken from a letter dated 5th July 2020 from Khadir Meer, Chief Operating Officer of the London Ambulance Service (LAS) to the Chief Executive Officer of Waltham Forest Council.

“Immovable concrete or similar barriers/planters must allow emergency access gaps of 3.5m to allow access at all times.”

Identical letters were sent to all London councils.

Many thanks to Khadir Meer for telling local authorities exactly what his teams need.

Charles Edwards is a genuine man of the people

Waltham Forest resident Charles Edwards has performed sterling work in tracking down these documents, check out his Twitter feed at @charlesaedwards.

Well done Charles, a classic example of how citizens can use Freedom of Information requests and basic searches of an organisation’s online documentation to reveal the truth about a matter of significant public interest.

The documents clearly expose the claims by LTN proponents in our local authorities, including Tower Hamlets, that LTNs do not impede emergency vehicle access as lies.

As the photo at the top of the page shows LTN barriers do delay ambulances, fire engines and police vehicles.

It’s not rocket science, is it?

The LAS letter also confirms the long held belief of many Londoners that councillors in their local authority are more than happy to put their political beliefs above the wellbeing of residents.

This will come as no surprise to residents of Tower Hamlets. We are used to Tower Hamlets Labour Party lying to us, but that does not mean we accept it.

Apart from the good news that every LTN or Liveable Streets barrier in London needs to be changed immediately to comply with the LAS requirements those councillors who have clearly lied to residents are now legally exposed.

Hopefully residents across the capital, now armed with the LAS documentation, can begin legal action against these councillors and their local authorities.

Residents should also consider how they will remove these councillors from public office.

Unless they resign (don’t hold your breath for that, these people have no ethics) the only other option is the ballot box.

Unfortunately wanting a specific councillor to lose their seat may require residents to vote for someone with political views they oppose.

This is what happened in Weavers ward in Tower Hamlets.

The Enquirer has long been of the opinion that residents should stand for election as independents as the relevance of Westminster political parties to local issues is negligible.

Access through LTN barriers for the emergency services is a symptom of the numerous problems that LTNs have caused in local communities, most notably traffic being displaced from some privileged communities onto roads where those less fortunate live.

The only good thing to come out of the LTN farce is that communities have come together to fight authority.

Only residents standing as independents who take community issues into council chambers can present a real challenge to the status quo.

This information page from the Local Government Association is a great place to start.

Many thanks to Mo Rakib for bringing the LAS documents to our attention.