Liveable Streets Are About Social Control Not Clean Air 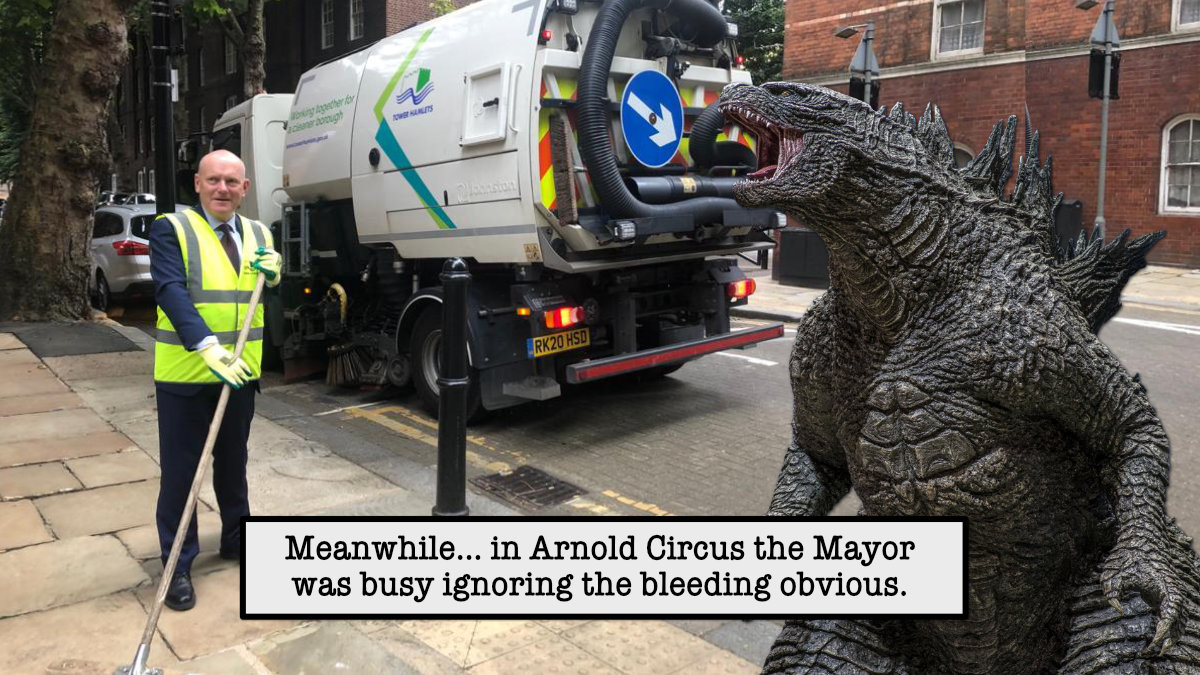 Tower Hamlets Labour did not listen to Linda. They never listen to anyone.

That is one reason for the recent landslide victory in Weavers ward by Aspire’s Kabir Ahmed.

Linda has once again stood up to be counted by asking the Enquirer to republish the letter with the addition of some introductory words which we are pleased to do.

Oops! Mole forgot to mention that Linda is the author of ‘Columbia Road of Blood and Belonging’ (2017), an award winning playwright, novelist, historian, scientist and Human Rights’ activist. Oh and previously Chair of Amnesty International UK.

The facts remain the same.

Weavers Ward now has an anti-LTN Cllr in Kabir Ahmed and the groundswell against what has been imposed upon us via a Consultation which I believe you now understand was flawed at best, corrupt at worst, continues to grow.

I am resending this to remind you that you could have listened.

Could have acted and worked with your constituents, but chose to remain silent, or be bullied, whichever, or both.

My tone is angry because I am angry. Many, many of us are very angry.

This is not the Labour party.

You are pandering to a mythical wealthy group of people who you think won’t be a burden on your finances and take you into a Latte flavoured nirvana.

It was never about clean air, but social control.”

Here is an extract from Linda’s original letter, you can read the full letter here.

“Much is being said about Liveable Streets being about social cleansing, and increasing property values. The phrase Environment Gentrification comes to mind. I hope that isn’t so, but it is a valid question for you to ponder and answer.

Which brings me to the heart of the matter. Representation and inclusion. You are there to serve us, you have codes of conduct, LBTH for all? You are a local government body and therefore mandated to listen to your electorate.”