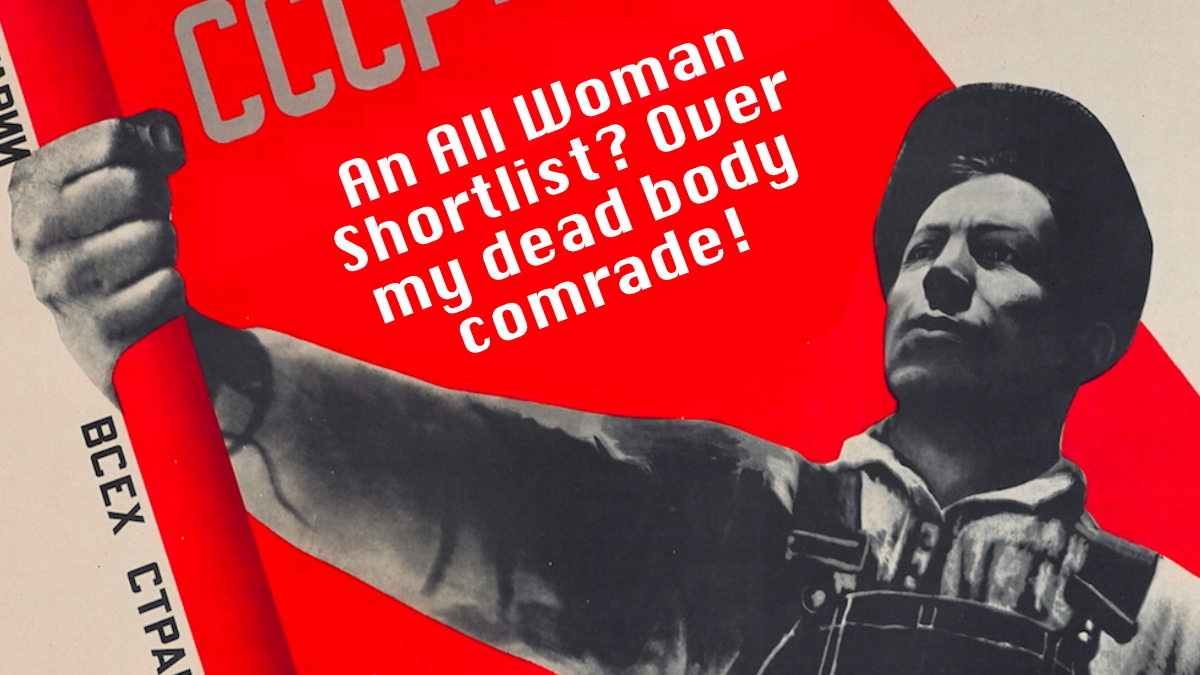 Due to the recent death of Labour councillor John Pierce a by-election is to be held in Weavers ward on Thursday 12 August 2021.

Last night, Wednesday 7th July, the Tower Hamlets Labour Group joined together in a show of solidarity and comradeship to choose the candidate to fight the Weavers ward seat.

Unfortunately it seems all the fighting was with each other.

Result of this was that the meeting was abandoned and the grown-ups for run the real Labour Party (the UK one) will be imposing an All Women Shortlist (AWS) on the Tower Hamlets Group.

(Why Keir Starmer does not send in his political hit squad to terminate Tower Hamlets Labour Party with extreme prejudice is beyond the Molester.

They could share an Uber with the DHCLG Commissioners and save some cash. Maybe Keir has abandoned the borough too?)

The AWS should not be confused with the OWS (One Woman Shortlist) adopted by Tower Hamlets Labour for the Poplar and Limehouse Parliamentary by-election which consisted of Apsana Begum.

Odd really seeing how well that is working out for Labour.

The trial of Apsana Begum MP for Poplar and Limehouse on three counts of fraud at Snaresbrook Crown Court on July 21. Ms. Begum denies all charges.

Don’t you poke your tongue at me comrade!

Anyhow even before the Tower Hamlets Labour comrades convened there was much internal scratching of eyes and rude faces being pulled.

Seems that the Labour Party Rule Book says that where there is a by-election and the group is less than 50% women the seat will be an all women shortlist.

But some naughty person decided to ignore this as the result might harm their own political tribe. Solidarity!

Just to muddy the waters further it seems the other Labour councillor in Weavers, Abdul Mukit MBE, is being pressured by persons unknown to announce that he will stand down at the 2022 local elections in an attempt to explain away the lack of an AWS, let alone a OWS, for this by-election.

Mole’s Safe of Many Secrets

Ex leader of Tower Hamlets Labour Group Rachel Saunders also fired off an email to the Labour NEC so ensuring that everyone in Labour (the real Labour, not the Tower Hamlets lot) was aware that the usual nonsense was happening in East London.

Both tedious documents can be seen below. These have been in the cavernous Mole Safe of Many Secrets since last week but we held off publishing them out of respect for er… we forget.

Quite why the ex-councillor and ex-Leader Tower Hamlets Labour Group has been so busy with correspondence on this matter is unknown to Moley.

One or the other of our readers might remember that Ms. Saunders was also in charge of the catastrophic ‘Leading Together’ campaign for Mayor B that delivered everything ex-Mayor LR could dream of.

Could it be that it is the hand of Mayor Biggs behind the Weavers selection toys-being-thrown-from-prams fest and that Ms. Saunders is still keen to get a safe Labour seat for her endeavours?

Maybe she will be one of the AWS if not having her very own OWS?

Not sure how Ms. Saunders thinks she should ever be entrusted with any form of public office after her ‘triangulation’ issues with her Children’s Services responsibilities.

Oddly enough in her September 2017 resignation email to the Labour Group she makes no mention of any triangulation problems although she does state that ‘I wish I could have done more on children’s social care.’

Borough residents are the losers once more

Anyway Tower Hamlets Labour now has the problem of getting a candidate sorted in time for there to be enough time left to do some actual campaigning – always handy in an election!

Good luck with that. Solidarity!

Only the politicians will be keen to ignore the fact that while they fight amongst themselves their energies would be much better expended helping those in Tower Hamlets who really need help.