Youth services ‘centre of excellence’ in Whitechapel is a, er, cannabis farm 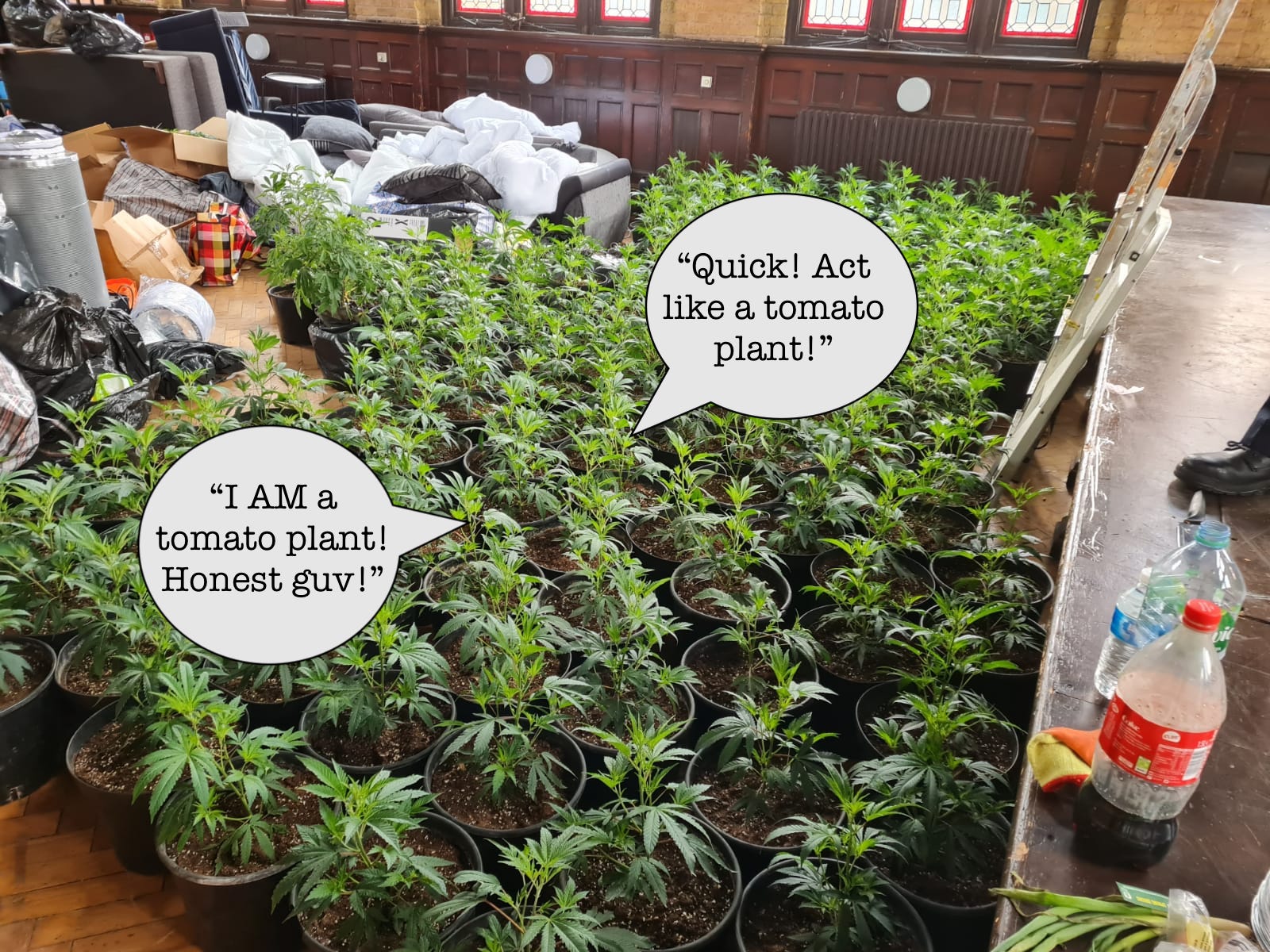 The Metropolitan Police have revealed that The Davenant Centre 179-181 Whitechapel Road is not quite the ‘centre of excellence’ for youth services it claims to be but is in fact a cannabis farm. Unless the cannabis being grown at the property was of such high quality that it was really, really good shit.

The Tower Hamlets Homes Policing Team shut down the cannabis farm earlier this week and the MPS state that an investigation into the organisers has started.

The result of that should be interesting!

According to Wikipedia a building was first erected on the Whitechapel site of the present Davenant Centre in 1660 but the mass production of cannabis plants in the building is not believed to date from that time.

But then who knows? This is Tower Hamlets after all.

Sources not in any way close to the investigation pointed out that the remote location of the Davenant Centre right in the middle of the borough on one its busiest streets was probably one reason was the cannabis farm was not detected sooner.

One local stoner, puffing on a rather large rollup cigarette he referred to as his ‘Camberwell Carrot’ said that he thought the large plants being taken into the premises were in fact Christmas trees and was very anxious that he would not be able to source a decent replacement before the next festivities.

Youth Services officers were reported to be bereft that this centre of excellence would stain the good name of the service forever and mean a setback for their outstanding work.

Companies House shows that Davenant Centre (The) company number 01799707 has had no less than 55 officers of whom 51 have resigned.

The main source of funds for the Davenant Centre was from rental income derived from the letting of its two properties to other charities. These may (or may not) be those below.

179-181 contains YMCA George Williams College (youth and community training and qualifications), a registered charity and Unity, another registered charity which aims to provide support for families who have lost loved ones due to crime.

There is nothing to suggest that anyone involved in these four charitable organisations had any knowledge of or involvement in the Davanent Centre cannabis farm.