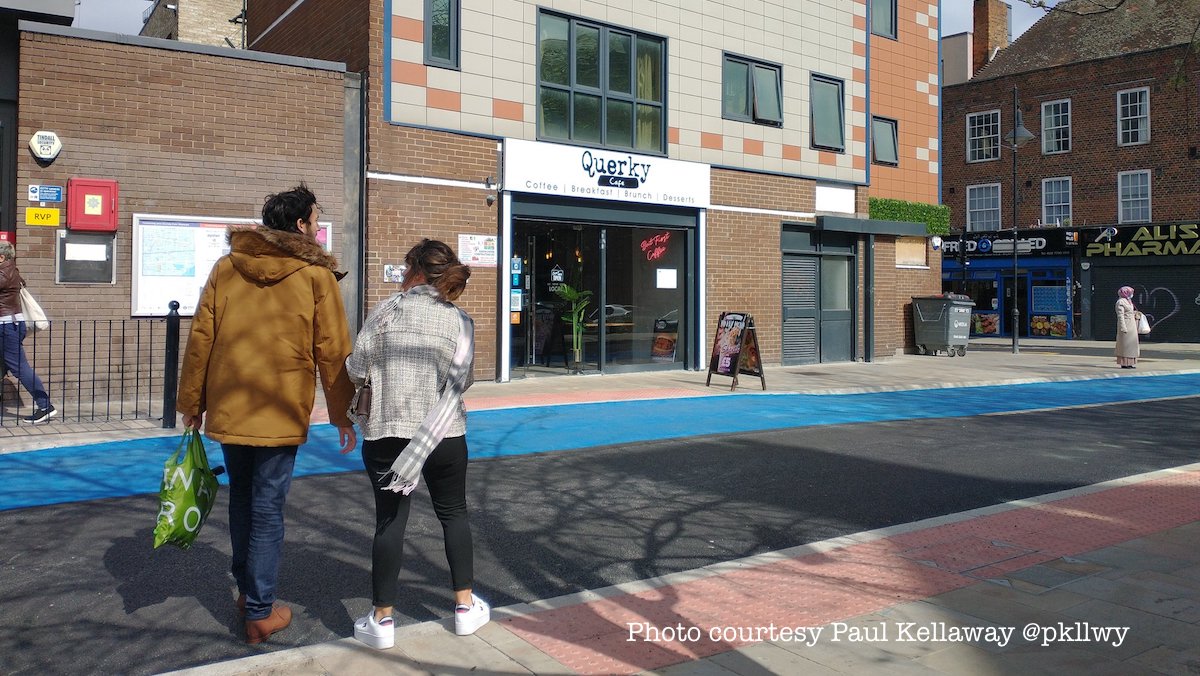 There has been a lot of concern from residents as to when the Cable Street zebra crossing will finally be sorted and our Highways, Byeways and Sideways Monitoring Team can now confirm that Cllr. Rabina Khan has finally got it sorted.

The posts for the crossing lighting were being erected Wednesday 21st morning but due to traffic issues, they are now due to be installed today Thursday 22nd.

Moley can’t quite see all the way down Cable Street from Poplar so if any nearby resident could confirm he would be grateful.

Once the lights are working, the council team have the lining gang ready to install the pedestrian crossing markings and associated yellow lines.

This may be done on Saturday due to traffic flows (or traffic as it often called) and provided there are no more problems the crossing should be in use by Tuesday 27th.

Rumours that Cllr. Khan was threatening Highways with using various key parts of their anatomy as extra decoration on top of the crossing posts are completely without foundation.

For once Moley has not interest whatsoever in investigating further as he might be daft but he ain’t stupid.

He has however been sent an artists impression of what happened to other people who screwed up a zebra crossing installation in Shadwell ward. (Heads numbered top right.)