Moley’s Review of (Some of) the Year 2020, Lockdown Edition 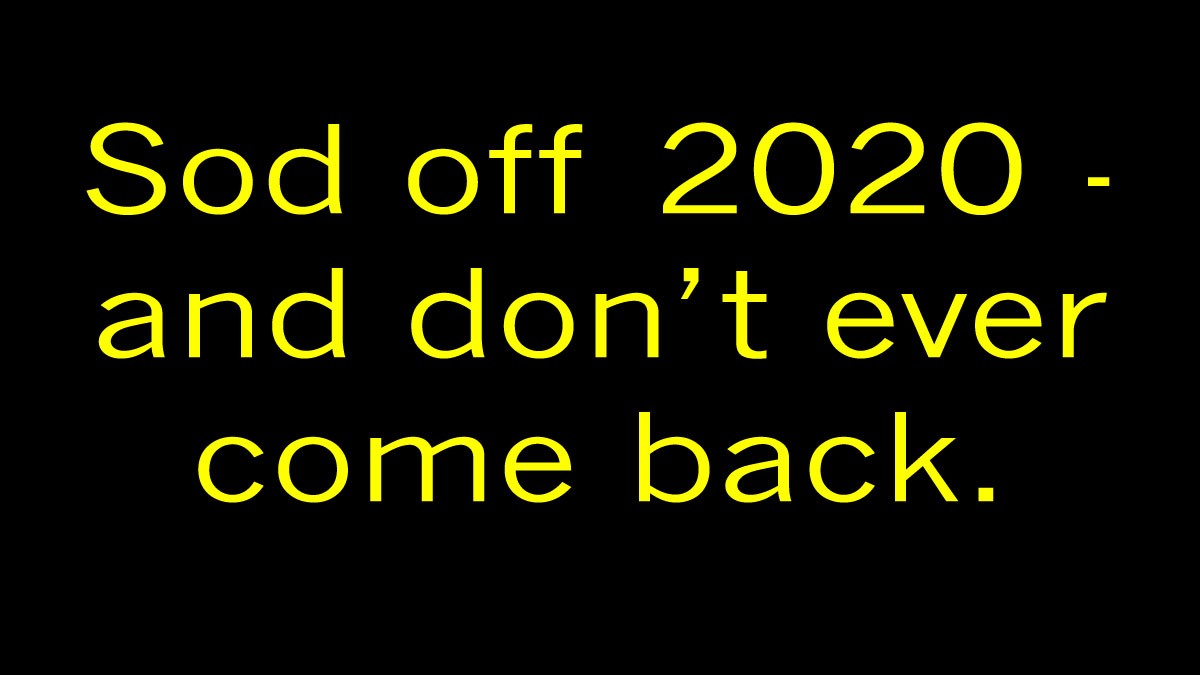 We will be pretending the first three months of the year did not happen due to technical difficulties with Love Wapping, so here are highlights of the rest of 2020 which we wish really REALLY has not happened.

Very quiet, as in nothing happened.

Made some tea as it was so quiet. Drank tea. No biscuits to be had.

Much consternation was caused by Tower Hamlets council’s announcement that Victoria Park would be closed in the interests of social distancing so the council changed its mind.

This was just before the full horror of the Covid-19 pandemic became apparent and people still cared if parks were open, closed or being turned into allotments.

The Enquirer reminded residents that six months after initial claims that there were irregularities with the way Poplar and Limehouse MP Apsana Begum had gained her social housing there was still no result from the Tower Hamlets council investigation into the allegations.

To the relief of nobody Cllr. Tarik Khan (Labour, St, Peter’s) finally found himself a job with Canary Wharf Group. Which is where Moley always thought he worked.

One of the many tragedies of the pandemic has been the huge numbers of deaths in care homes up and down the country.

The passing of 20 or more residents from Covid-19 at Aspen Court care home in Poplar during April almost passed unnoticed until an eagle-eyed resident spotted it being discussed at the tail-end of an Overview & Scrutiny committee webcast and told Moley. Aspen Court would be the subject of a Channel 4 news report in December.

Liveable Streets (or LTNs) has caused a huge amount of controversy across London this year, probably because it is all nonsense / the start of gentrification / waste of money / something for councillors to brag about, and peak pomposity was reached in Tower Hamlets when Cllr. Kevin Brady (Labour, St Peter’s) went into full Blackadder ‘roaring thesp’ mode and declaimed to the world that the Liveable Streets scheme was an example of “… how mature, responsible democracy works.”

What utter bollocks this guy speaks.

Maybe it’s the name? There is another Kevin Brady, a Republican Congressman in the US who is a proud Trump supporter.

In complete contrast to the ramblings of the full time talent agent and part-time politician Brady, life long borough resident and genuine person Linda Wilkinson wrote an open letter to Tower Hamlets Council about Liveable Streets which ended with the sentence “I appeal to you again to work with us, you are our elected officials, but we are your electorate.” Nice to hear the voice of reason occasionally, if not from a councillor.

Hipsters Joshie, Jacinta, Bernard and Nutella explored Brick Lane but were frustrated that there was nowhere to enjoy a typical Japanese Katsu curry while watching the poor people scurry past.

Chilli sauce on that sir?

Mayor Biggs close friendship with well-known kebab shop owner Khaled Bin Sadique was revealed by Moley, but then the Poplar Papers also showed that the Mayor has lots of friends. Which is nice.

Liberal Democrat Cllr. Rabina Khan announced that she was writing a book entitled ‘My Hair is Pink under This Veil’ to be published in March 2021. This is just ahead of the launch of Cllr. Khan’s TV chat show ‘You Can with Khan’, her line of fashion accessories, her radio talk show, announcement of her candidacy for the Mayor of London, just after the announcement of her candidacy to become Directly Elected Mayor of Tower Hamlets and simultaneously with her elevation to the House of Lords in between running to be the MP for Limehouse & Poplar and being given the Freedom of Watney Market.

After Lutfur Rahman announced his candidacy to be the next Directly elected Mayor of Tower Hamlets (again) a survey revealed that at least 35% of borough residents expressed confusion as they thought he still was Mayor.

Responding to a Freedom of Information request hard up Tower Hamlets Council stated that it had no idea where £112m Covid-19 cash had been spent.

Asmat Hussain and Neville Murton, Corporate Directors of Governance and Resources respectively, are leaving the employment of the London Borough of Tower Hamlets. Here’s the official line.

“The chief executive has conducted a review of the senior management structure of the council that restructures posts and reduces the numbers overall while contributing to the Council’s budget savings. Asmat Hussain and Neville Murton will depart at the end of January 2021 and go with our best wishes for the future. Janet Fasan will become our acting Monitoring Officer with immediate effect, supported by Mark Norman as Deputy Monitoring Officer. Kevin Bartle will become our Section 151 Officer with immediate effect. He will fulfil the Corporate Director of Resources role on an interim basis while the Senior Leadership Review is in train and permanent appointments progressed.”

And a few members of Youth Services, natch.

The departure of Monitoring Office Asmat Hussain is a loss to none and hopefully a big plus to those who do genuinely believe in transparent and open local government.

Moley had to look up what a Monitoring Officer is supposed to do and found this courtesy of Eden District Council in Cumbria.

The Monitoring Officer has three main roles: To report on matters he/she believes are, or are likely to be, illegal or amount to maladministration; To be responsible for matters relating to the conduct of Councillors and officers; and to be responsible for the operation of our Constitution.

News to us. We make no further comment on this matter.

Apart from the fact that, in our personal opinion and professional experience, Asmat was very good at saying “Yes, of course!” to Mayor Biggs but was essentially useless.

This is one example of how she did not do her job from May Poplar Papers 9 – How Tower Hamlets Council avoids public scrutiny.

Mark Norman has worked at LBTH for 32 years, Janet Fasan for three and a half years, prior to that she was at Newham for 17 years. Good luck to them both.

If anything else happens between now and midnight we will let you know. If Moley can be bothered.