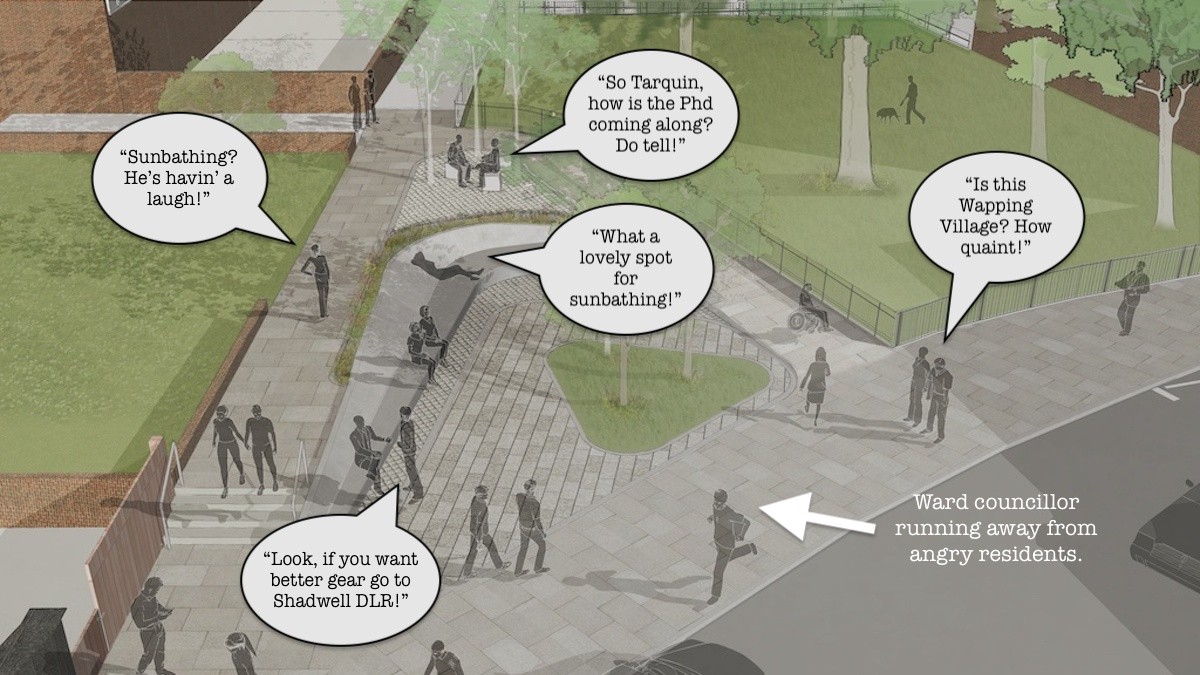 Pavements to be wider

Residents shrugged their shoulders and paid no attention on their way back from Waitrose as work began in Vaughan Way and Kennet Street. The works here will widen the pavement to make it, um, wider and there will be changes to kerb lines to improve the pedestrian area.

If anyone knows what a ‘kerb line’ is please let us know. Or not.

Several pensioners have been treated for over excitement as they anticipated the continuous pavement work being, er, continued, with more dropped kerbs and crossings will make it easier to move around Wapping using prams, pushchairs, buggies and wheelchairs.

Not sure if walking will be any better but…

Best thing ever is a pedestrian crossing outside Wapping Overground station. This will involve the southern end of Dock Street being closed.

“Liveable bleedin’ Streets? It’s all bleedin’ nonsense!”, said one particularly grumpy resident. “They could have done this bleedin’ years ago but couldn’t be arsed. I just want my bathroom fixed. Is there an election soon or something? I’m not going to vote for any of the bastards.”

Rumours of a golden statue of Cllr. Abdal Ullah being erected in the middle of Wapping Green still persist, according to Cllr. Ullah in recognition of his contribution to the property development lobbying industry.

Updates on the work can be found on the Liveable Streets site.