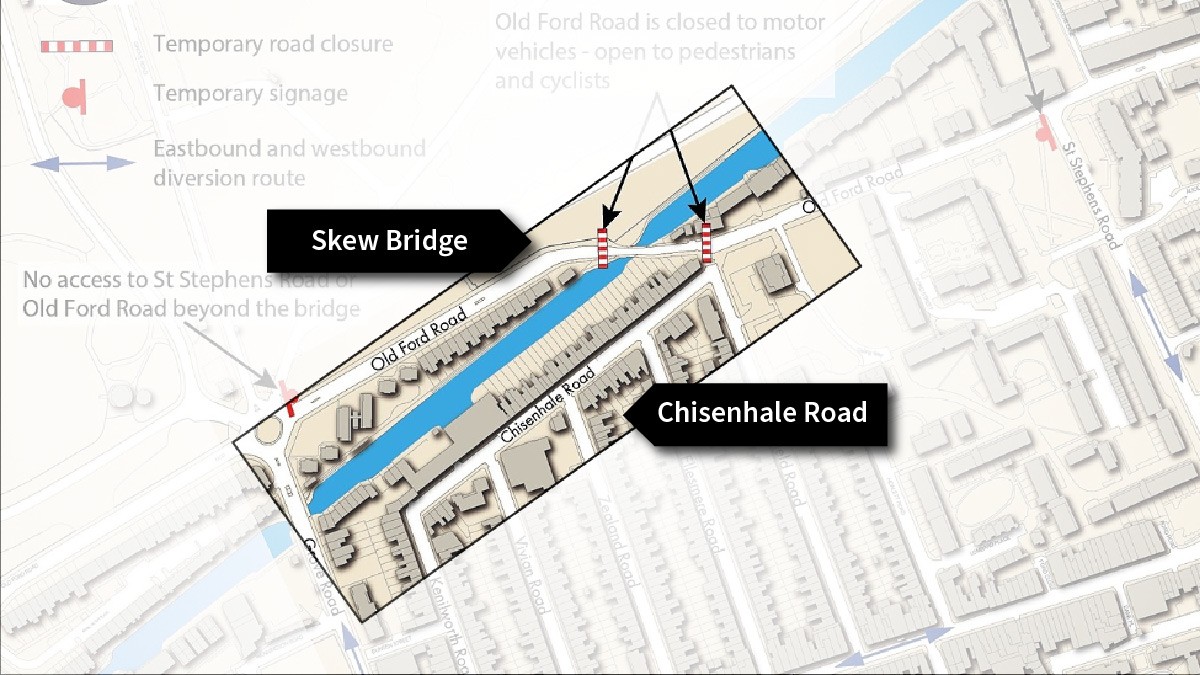 One of the things bothering some of the people who live around Victoria Park is who came up with the bright idea of closing Skew Bridge on Old Ford Road during the pandemic?

The closure of just Skew Bridge is odder than an odd thing because there are 178.5 miles of roads in Tower Hamlets and this little itsy bitsy teeny weeny sliver of road was the only bit to be closed because of the pandemic.

Could this have anything to do with the five Labour councillors who live near Skew Bridge? Only a sceptic would think such a thing!

Being the curious type we decided to submit a Freedom of Information request to Tower Hamlets council asking that very question.

And today came the reply which is quoted in full below.

“A request for a closure of Old Ford Road at Skew Bridge was received from local residents by the local Ward Councillor and was introduced as a Temporary Prohibition of Traffic Old Ford Road E3 from Monday 25th May 2020 to Tuesday 25th August 2020.

The basis of the request was that the narrow footways and restricted sight lines made social distancing at the gate into Victoria Park extremely difficulty and quite hazardous.

This was a critical route into the park at that time for local residents to take part in their daily exercise.”

Of course! ‘local residents’! We should have known. They get everywhere don’t they?

That last sentence sounds like complete and utter bullsh*t, don’t it? Can you imagine any Labour councillor losing sleep at night worrying if any of the 178.5 miles of road in the borough are too narrow?

The question now is which local residents? And the only person who can answer that question is one of the local ward councillors: Cllr. Amina Ali, Cllr. Rachel Blake, Cllr. Marc Francis, Cllr. Asma Begum or Cllr. Val Whitehead.

So Moley will leave it to the good residents of that particularly charming part of Tower Hamlets to do some asking.

Take your pick of councillors and do let us know how you get on. (Don’t take ‘local residents’ for an answer, natch!)

And can someone ask who paid for the box of chalk please? Just curious.