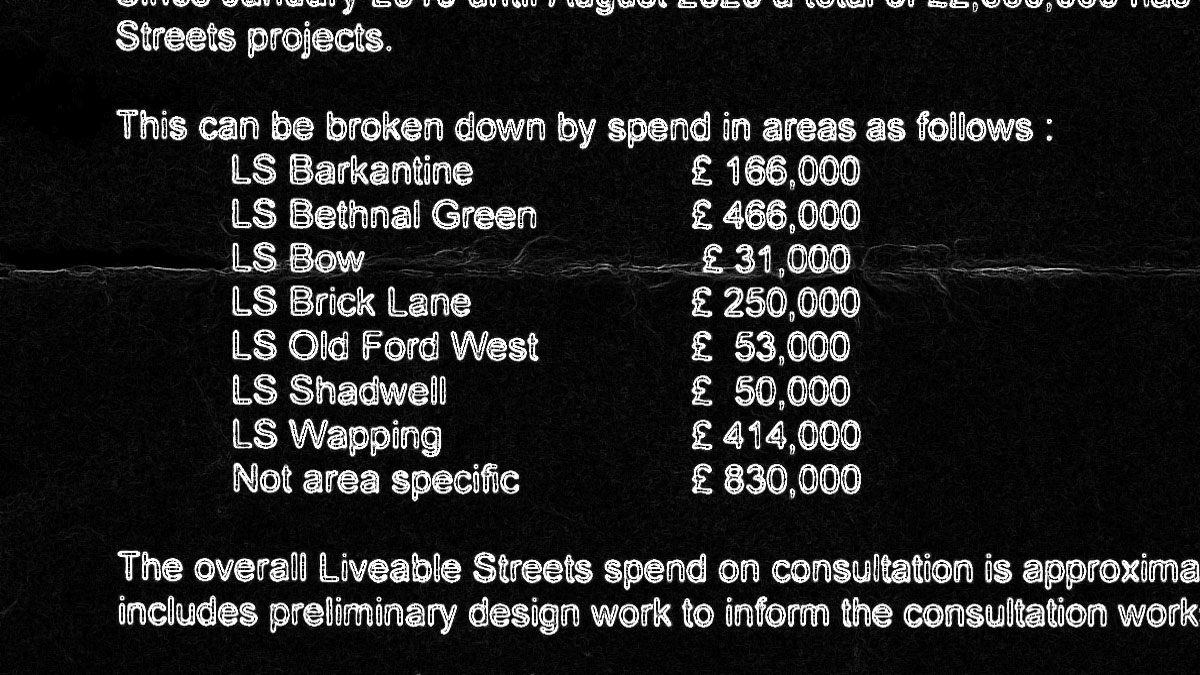 Despite the best efforts of Tower Hamlets council sometimes a Freedom of Information (FoI) request does set some information free.

Or LBTH has now started to round project costs down or up to within £400k either way.

Or is there a spare £400,000 knocking around that is not-itemised but is on a spreadsheet somewhere?

Moley is still trying to work out where £414,000 has been spent on Liveable Streets in Wapping. Any residents got any ideas?