EEE Comment: Only radical action by residents will save Tower Hamlets 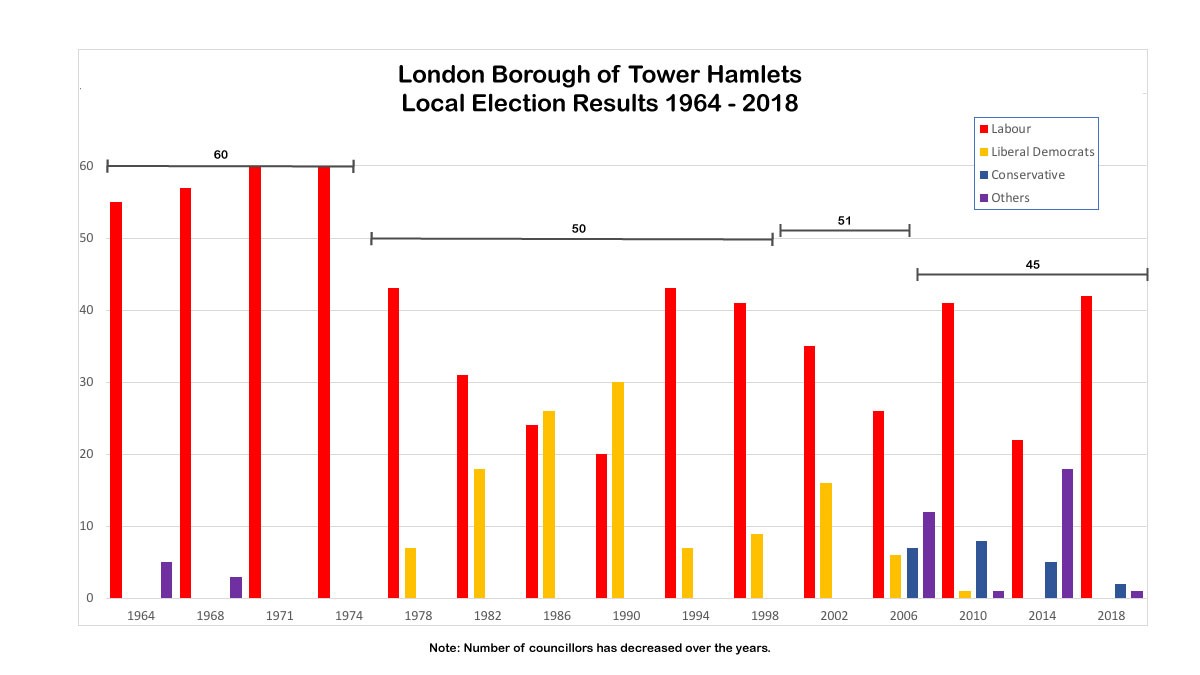 Many thanks to Mo. Rakib for his latest views on the problems Tower Hamlets faces and what action the community needs to take to ensure the survival of our borough. Here’s our take on it.

First thing is to use the ballot box to destroy the monopoly of power that Tower Hamlets Labour Party (TH Labour) thinks it is entitled to.

For the 46 years between 1964 and 2020, with one minor blip in 1986-1990 courtesy of the Liberals, TH Labour and its minor splinter group Tower Hamlets First (remember them?) has controlled Tower Hamlets council.

Which is why our borough is as poor now as it was 46 years ago.

Or, as TH Labour always say, “It’s someone else’s fault.”

TH Labour thinks it cannot be challenged, its grip on power complete. This is why certain Labour councillors treat residents with complete contempt – they think they can get away with it.

This post is not about politics, this is about action. The radical action that needs to be taken to give Tower Hamlets a fair chance – because success is never guaranteed – of becoming a decent place to live.

Not much to ask for really, is it?

To add to the fun this radical action will be taken as coronavirus reshapes our society and Brexit… well, Brexit will do what it will do.

The main threats to the survival of Tower Hamlets and the communities which call it home are simple to identify.

If the corruption that riddles TH Labour and infects the town hall at Mulberry Place is not eradicated there is no point in doing anything else. As with coronavirus corruption undermines everything it touches. And unless you know where to look corruption is as invisible as coronavirus.

Fortunately we do know where to look! And we know because Mark Edmunds has told us. Corruption continues to thrive because when Mark Edmunds did his job investigating corruption and told those in power what he had found he was ignored.

You can guess why those in power did not want to expose corruption.

So it still exists and thrives under TH Labour because of TH Labour. Those who treat Tower Hamlets council as a convenient way to line their own pockets are getting rich right now just as much as they were when Mark Edmunds was doing his job.

By right now I mean Tuesday 8th September 2020. Today you don your face mask and go to work to provide for your family. Today you get up and worry how the pittance that is Universal Credit will feed your family for the rest of the month.

Today there are others, current employees of the London Borough of Tower Hamlets (LBTH), who get up when they fancy it then continue to use funds stolen from LBTH during the course of their employment to make even more money.

Nice, huh? How do you feel about that?

Same here. No doubt some clone from TH Labour will publish a whining comment on Twitter along the lines of “if you have evidence of corruption then publish the details”.

(I once had a similar exchange with the current Chief Executive Officer of LBTH Will Tuckley in, of all places, Bethnal Green Police Station command suite. Remember that Will? I bet the numerous senior Met Police officers who were present do.)

This may hurt. A lot.

Because knowledge is power. And East End Enquirer will, on behalf of honest residents across our communities, use that power in the most destructive manner possible at the right time to expose everyone involved.

Nobody else is going to do this. Mark Edmunds tried and was blocked from exposing what goes on.

The LBTH Clean-Up project was nothing of the sort as has been revealed by Mark in the Poplar Papers.

The Metropolitan Police has failed on numerous occasions to bring the guilty to book.

The four Commissioners sent in by the Department of Housing, Communities and Local Government (DHCLG) were outfoxed despite their best intentions.

PwC, the government’s auditors originally sent in by Whitehall to see what was going, were hoodwinked.

(While we are at it Mole hears even some external investigative agencies did not do their job as throughly as they should for fear of negative reaction to those bearing bad news. Weird, huh?)

Every penny will be counted

Poverty will not be alleviated in Tower Hamlets until we all know that all the funds LBTH receives is used for its intended purpose, not to allow some slime ball to get rich.

Can you keep a secret?

EEE has consulted none other than the Wapping Mole about how corruption will be tackled once TH Labour has been despatched and he has come up with some rather good ideas of which any tunnel digger would be proud! These ideas will remain confidential ‘cos otherwise the guilty will escape justice once again.

Oh alright. As it’s you. Just one idea from Moley. But you cannot tell anyone else, right? Not. A. Soul.

This is revolutionary, never been tried at the town hall before. Mole thinks that in future when someone (employee, politician, supplier) is suspected of corrupt behaviour there will be an investigation and the results of that investigation will be acted upon, including criminal prosecution if appropriate. Genius isn’t it? Why has nobody thought about doing this before?

But this is just between Moley and you, OK? Good.

Housing is the key

So fast forward a bit to the time when TH Labour has been reduced to an irrelevant minority in the town hall and the wrath of God has been unleashed on the corrupt. What’s the biggest problem our borough faces? Housing, that’s what.

Again, we need radical ideas and radical action to get the basics fixed which will provide a stable foundation for residents, not mainstream Westminster political parties, to build a borough that is a lot better than what we have now.

Some reading these ideas about housing will scream in horror and yell “You can’t do that!” to which the reply can only be “Just watch us.”

What needs to happen with housing

This is a brainstorm, but you get the drift.

Anyone screaming “You can’t do that!” yet? Great!

Some of these ideas clash with that law of the land thing that other boroughs have and governments are so keen on.

Calm down and house residents

So what? Now Whitehall wants Tower Hamlets to obey the law after letting it fester for so many years because it was politically inconvenient? Should have thought of that before.

Others will be screaming that property developers will be dissuaded from building in the borough.

Or maybe they might realise that the demand for London property is shifting eastwards and LBTH owns the land they want. So, in the best traditions of capitalism, how much is it worth to them?

Calm down everyone! It’s not like there is any suggestion of increasing the percentage of social housing in any development to a firm but fair 50% or anything is there?

Who knows, kicking the arse of property developers the East End way could become so popular that other London councils might do the same thing. That could be interesting. And might even make LBTH a ‘beacon council’.

If corruption is tackled and radical action is taken on housing the basic requirements to tackle poverty will be in place.

P.S. Housing market likely to fall off a cliff quite soon so some of the above subject to revision / expansion.