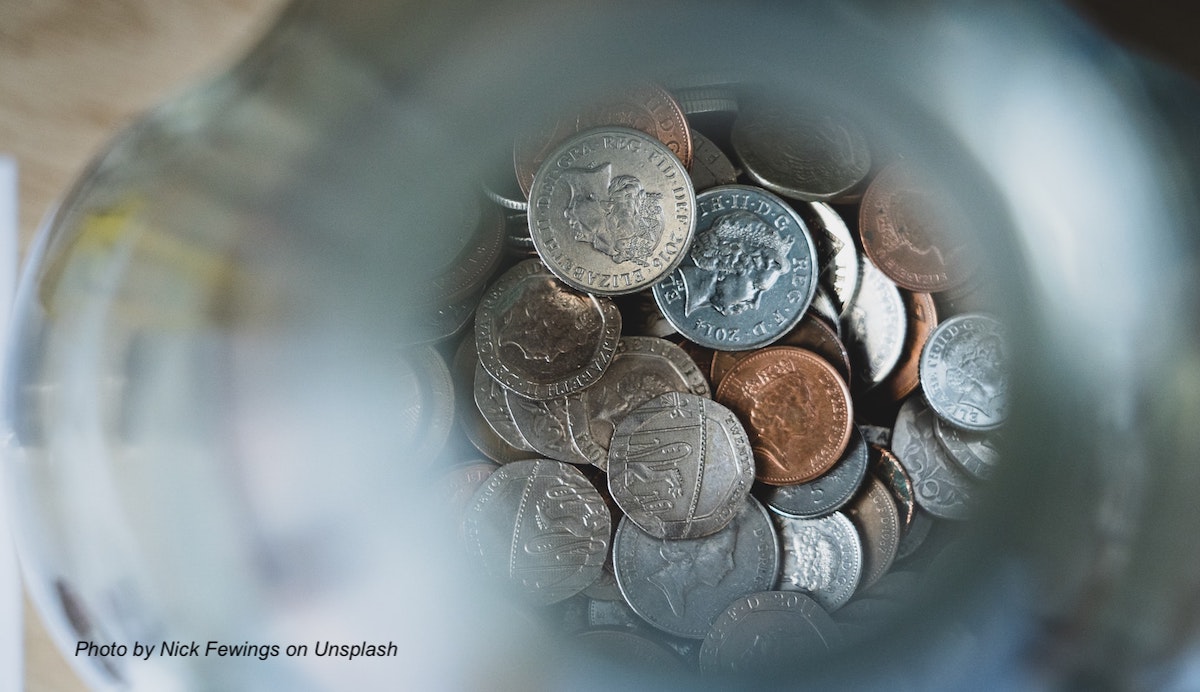 Yup. Tower Hamlets council has received £78,818,000 in coronavirus grant funding up to 3rd August 2020, the highest amount of any London borough, according to data published by the Department for Business, Energy & Industrial Strategy.

Problem is nobody knows exactly where the money was spent.

Were the special PPE masks the Council ordered for councillors with ‘Keep Tower Hamlets Safe’ printed on them that expensive? We hope not.

Anyone seen £74m knocking around?

The market traders certainly did not get their proper allocation for disruption of business.

We have yet to hear of any third sector organisations such as Neighbours in Poplar getting any financial help from Tower Hamlets council to feed those in need of a hot meal.

Moley has repeatedly asked for a breakdown of the how the coronavirus money was spent and has yet to receive a reply.

Try submitting an FOI request and see how long you are kept waiting for a response. https://t.co/2yg6tgrY4h

Moley has heard rumours that between £7m – £8.5m was ‘redirected’ by LBTH to fill a financial hole in the accounts of one council directorate to make the books look a bit better, but that still leaves £65m to be accounted for.

Odd thing is that during the week LBTH released a media statement begging the government to honour its Covid-19 funding promise. In part this read “…as a result of the growing Covid-19 financial black hole, extra budget gaps mean that through its medium term financial strategy, the council needs to find an extra £60m by the end of the financial year 2023 – 24.”

Huh? Can’t account for the highest amount of money paid out to any council in London but desperate to get another load of cash?

Maybe Tower Hamlets Labour should have got receipts for the money they have already spent? It does seem to have been treating the coronavirus funding as petty cash.

Not transparent, not open

Mayor Biggs made much of his aim of making Tower Hamlets council a ‘beacon council’ that would shine a light on the path of open and transparent local government after getting elected post-Rahman.

Which was of course complete and utter bollocks. We know ‘cos we fell for it to.

Problem Mayor Biggs has now is that nobody trusts a word either he or anyone in his administrations says.

It may well be that every penny of the governments £78,818,000 coronavirus funding given to LBTH has been spent in a manner so fiscally prudent that the Governor of the Bank of England will be popping around to Mulberry Place for some financial tips.

If so what’s the problem with publishing details of where the money went?

EEE has asked for the data to be published in the same manner as the Payments to Suppliers data councils have to publish by law. Any payment over £500 is itemised.

We are not holding our breath until that happens. Instead we are analysing 10 years worth of Payment to Suppliers data that has been published because Moley is on the trail of something very interesting indeed.

Moley, in general I think you provided great service for the local community. But every now and again you go off in such a politically biased rant that I can’t help but get as disappointed with you as I do with the lies the government tells. And this one Moley is one of your most misleading, partisan and dishonest articles ever. I didn’t have time to call you up on it the other day so I’ve done a bit of research this evening to help other readers know what a balanced story might have included.

It turns out, the money reported by the Department for Business, Energy and Industrial Strategy in 3 August is money that goes nowhere near the council’s own budget. But you probably knew that. The data are you shared (in full on the government website, in part in yours) shows the total amount of money that each local authority in England has:

– received from central government
– distributed to SMEs to date

In respect of 2 coronavirus grant schemes:

and the full list published, including the columns you appear to have removed/deleted, can be found here:

Now, I’m not as educated as some, so I had to look up “hereditaments”, but it turns out it’s the number of rateable properties in the area. You can find out how much each local authority was meant to claim, how, and how to give it out, by reading the full guidelines to them here:

Anyway, apparently Tower Hamlets has the highest number of hereditaments of all of London. So you would kind of expect them to get the most money wouldn’t you?

But then I thought maybe I should download the excel spreadsheet of the data and do some sums. For example, were Tower Hamlets greedy? Did they ask for more money than they should do? Turns out in London they were only ranked 12 in terms of initial allocation per hereditament, at £15,093 per property. You can compare this with Waltham Forest at number 1 with £16,991, down to Barking and Dagenham with £11,758.

You seem to be implying that Tower Hamlets are holding onto the money. So I checked, and Tower Hamlets have paid out 94% so far, which doesn’t look great compared to the 7 boroughs at 100% or more (presumably by paying out before reclaiming from the government), but not bad compared to Croydon or Waltham Forest at 80%.

In terms of the proportion of eligible hereditaments receiving grants so far, Tower Hamlets comes in at number 13 with 97% (compared with 100% for 9 boroughs, down to only 84% for Hammersmith and Fulham).

So, what exactly is your story Moley? Because it certainly was nothing to do with PPE for councillors or anyone else (unless of course local businesses chose to spend it on that). Nor would it have been for not-for-profit organisations that were not eligible for those grants. Trust me, as someone who runs one of them, I would have been gagging for some of it.

Or did your Tory councillor friends ask you to write the story on their behalf? If you want us to contribute to the running costs of East End Inquirer, you could at least try to be a little more impartial.

PS, happy to share the spreadsheet, upon which I drew those percentages, with you or anyone who would like it. But I expect you all have a life and better things to do!

Blimey, we seem to have touched a nerve with this one! EXCELLENT! I’m sorry that this story was not inline with your political beliefs but so what? And it’s good to know that in your opinion it was “… one of your most misleading, partisan and dishonest articles ever.” Thanks! In your overly long comment (fyi we do not pay by the word) you did the classic tactic of completely ignoring the point of the story – that your mates at LBTH have refused on multiple occasions to provide even the slightest amount of detail as to where the cash went. Or are you content to believe the BS that emanates from the Town Hall nowadays? Oh for the days of Lutfur Rahman eh? Of course he was Tower Hamlets Labour too although some would like to forget that minor detail. As to “If you want us to contribute to the running costs of East End Inquirer, you could at least try to be a little more impartial.” believe me I would rather starve in the gutter than accept a penny from anyone who is so morally bankrupt that they continue to be a cheerleader for Biggs, Brady and Tuckley. But then if you dislike what is written on EEE why on earth do you bother reading it? Baffles us. Pip pip! Mark

Because Mark, I don’t dislike everything that you write. Lots of it is really good and community focused. It’s important to have a free, independent press asking difficult questions and you do that. That doesn’t mean to say though that you can’t be called out yourself when I believe you are being misleading. I would do the same to any news source. And if you knew me, rather than make assumptions, you’d know that I also challenge councillors and the Mayor on many things, regularly. I hope you wouldn’t resort to personal insults either.

Keep up the good work (because some of it is).