Poplar Papers 11 – Intermission and the dismal story so far

This is published on the basis that it is a matter of significant public interest to do so. Normal means of investigative journalism and verification are unavailable to us, primarily because of the nature of the investigation and that the London Borough of Tower Hamlets either refuses to respond to requests for comment or provides information which we believe to be untrue. This includes Freedom of Information requests.

Still with us? After 10 instalments of the Poplar Papers? Really? Well done you because it is pretty dismal stuff. We do not want to turn this into a book, but we do like to be thorough.

If you have stayed with us so far there can only be three reasons.

One, you care about the basic principles of democracy and how they can be so ostentatiously flouted by Tower Hamlets council and ignored by central government. Democracy geek.

Two, you care about the millions of pounds, more likely tens of millions of pounds, that have poured out of the back door of Tower Hamlets Town Hall and into the pockets of politicians mates and not into helping the huge number of borough residents who need that money.

Three, you are as crooked as an Alpine pass and are scared that one day it will be you who is named in the Poplar Papers. Or, better in our humble opinion, you and your little scheme which you either setup, enabled, turned a blind eye to despite being on a £100k salary or otherwise benefited from is exposed.

The Wapping Mole can promise all these people that there will be lots more in the coming weeks to satisfy their hopes and fears. And as with any good story we are saving the best until last.

Or worse depending on how you look at it.

Seems a person, say for the sake of example a Tower Hamlets council officer, who is found guilty of the offence of misfeasance in public office could be looking at a maximum penalty of life imprisonment.

Ouch. We didn’t know that.

So what is misfeasance in public office when it is home then? According to a very informative article provided by Lawtons Solicitors it is defined as:

“A form of misconduct, misfeasance in public office occurs when a public official, public servant or public body knowingly and willingly acts in a manner with the realisation that their actions are likely to cause loss or harm to another. The action is legal, but is performed in a way that harms another.”

Interesting that misfeasance in public office applies to a public body as well as an individual and that while legal the point is the action is performed in a way to harm another.

The reason for these offences existing is because, wait for it, ‘those in a position of authority are obliged to use their powers for public good’.

Seriously. We do not make this stuff up. Who would have thunked it huh? People in a position of authority being obliged to use their powers for public good. Weird.

But we digress. More on penalties for being a bad person while pretending to be a good person later.

As ever the original Poplar Papers Statements and Witness Bundles are available for you, but what has the Wapping Mole been dirtying his little paws with so far? 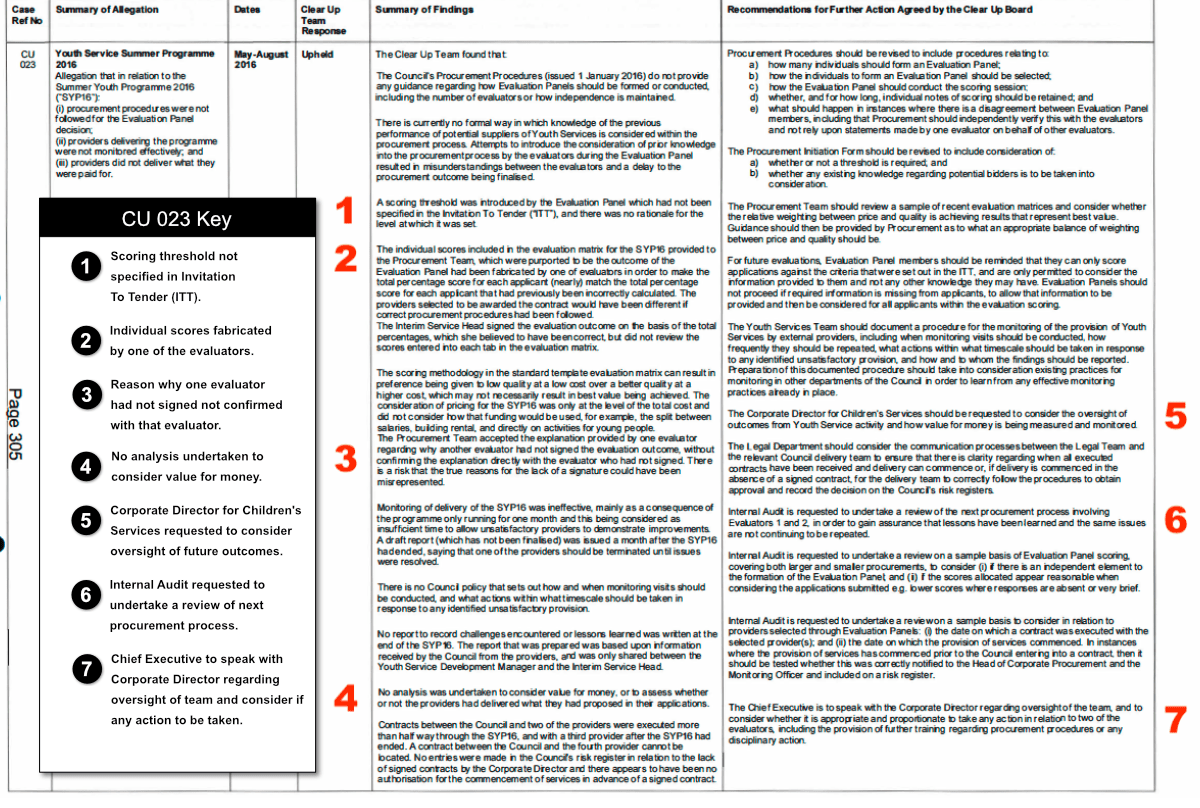 What went on with the Summer Programme 2019?

To confuse everyone Poplar Papers 3 – the Youth Service investigation 2019 puzzle talked about some interesting stuff with the Youth Services Summer Programme 2019 which we still don’t really understand.

£1,288,815 AP1 Voucher Payments was the focus of Poplar Papers 4 and how five Youth Service officers managed to authorise over a million quids worth of expenditure in 15 months. Mole also discovered that the AP1 ‘spot payment’ system for unforeseen eventualities seems to be unique to Tower Hamlets council.

Mole always likes a good news story so in Poplar Papers 6 took much pleasure in writing about how the current (May 2020) Interim Head of Youth Service, Mr Abzal Ali, who had authorised £414,726 of the AP1 payments had never been disciplined, remained in the employ of LBTH and indeed had been promoted.

Well done Abzal! There was also the weird thing with Muzamil Ali which would have been cause for dismissal in any other local authority but in LBTH it was not.

This also highlighted the massive problem with the deliberate avoidance of normal Disclosure Barring Process (DBS) process by various methods. (Top Tip: If you have employed anyone from LBTH Youth Service in the last few years you might want to triple check their credentials. Just saying.)

The £470,865 Youth Service credit card bill was the subject of Poplar Papers 7, highlighting how 24 Youth Service people blew a whopping £289,543.04 in 2013/14 using their corporate credit cards. Apart from the issue of the spending itself this also highlighted the complete failure of LBTH Internal Audit to notice this spending. Oh and also the odd thing that while this took place during the administration of Mayor Lutfur Rahman the current administration of Mayor John Biggs seemed somewhat reluctant for this to be aired in public. Why? 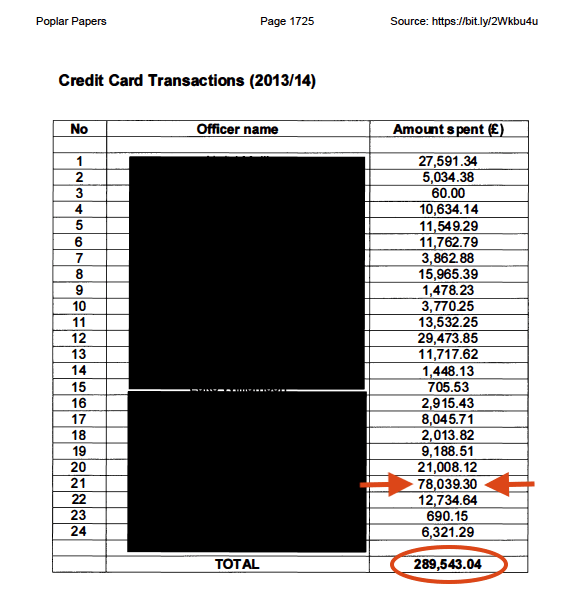 And how come nobody was ever disciplined for this abuse of corporate credit cards? And what about the senior managers of these people? And how come the Metropolitan Police have never identified these issues and considered them worthy of investigation?

A dull but essential timeline of the Youth Service between 2003 and 2020 was central to Poplar Papers 8 which reminded people that the Home Office has designated Tower Hamlets as a Tier 1 borough, representing the highest perceived risks of extremism, and that local authority youth services are partly responsible for the implementation of its Prevent strategy.

And a very brief mention of the Bethnal Green Academy girls who ran off to Syria to join ISIS.

You do not need to be an investigative journalist to work out why we keep on mentioning Shamima Begum, Kadiza Sultana and Amira Abase.

It seems that it was politically convenient for some to ignore their fate and their story remains to be told. 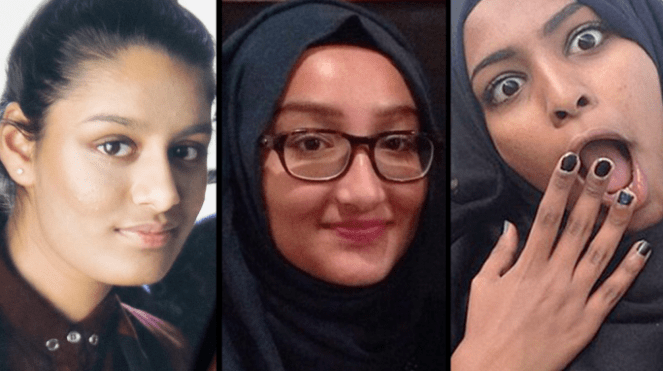 No Freedom of Information in this borough

Various simple but effective ways in which Tower Hamlets Council avoids any public scrutiny including fiddling the Freedom of Information Act process was next up. Combine this with the Department for Housing, Communities and Local Government turning a blind eye to the borough again means that the current administration can do whatever it likes with absolute impunity.

To be honest the Wapping Mole copped out a bit with Poplar Papers 10 and just published various redacted network diagrams of the organised corruption networks inside LBTH.

Next up are the secret IT systems which are worthy of a story all to themselves. Mole thinks so as this is where things begin to get really weird. And by weird he means ‘Stranger Things’ the Upside Down weird.

Alas there are no heroic children to come to our rescue.

If you found this story useful (or even just amusing!), please consider helping the Wapping Mole and the East End Enquirer continue to cover issues like this by clicking the PayPal button below.
Poplar PapersCorruption

Operation of organised crime networks within London Borough of Tower Hamlets council between 2010 and 2020.

A Tower Hamlets Youth Service worker received his full council pay while serving a three month jail sentence for assault. And a few other things.

In July 2015 the Wapping Mole was told of a covert money laundering computer system inside Tower Hamlets town hall. This is the story of Genesis.