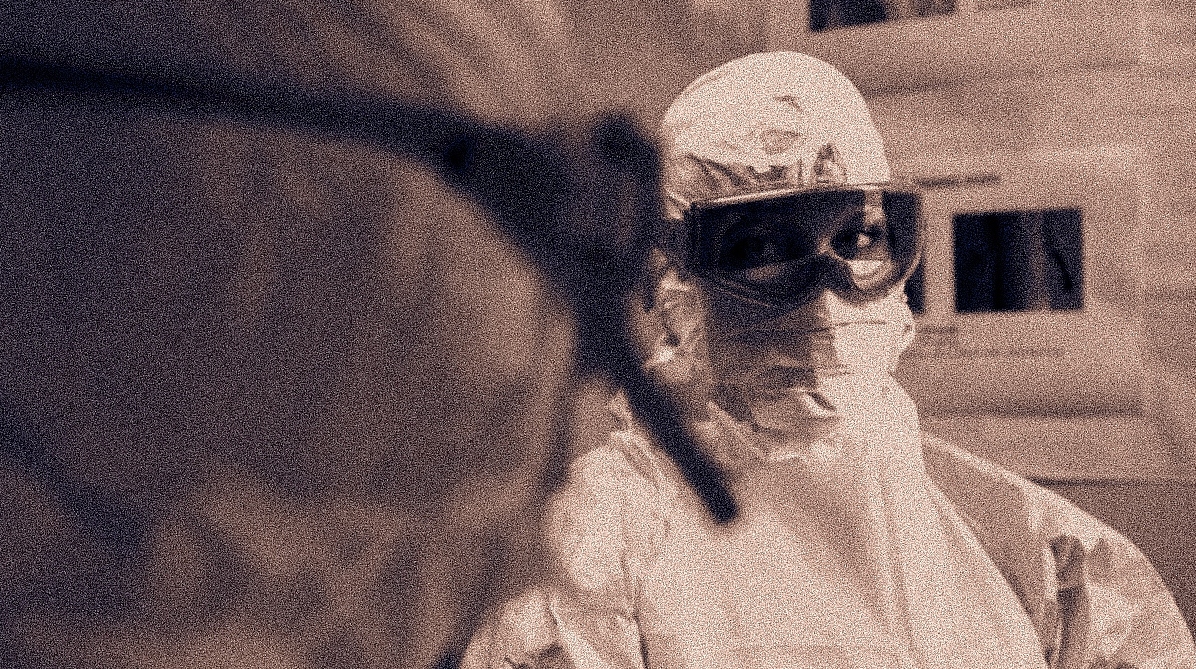 During the coronavirus pandemic many have been tracking the illness and death rates on a daily basis. Phrases like social distancing and flattening the curve are now part of everyday conversations.

One set of statistics has been gaining more attention in the last two weeks.

There is a higher observed incidence and severity of Covid-19 cases in those from minority ethnic groups, particularly those of South Asian or African Caribbean heritage.

In East End of London for ‘South Asian’ read Bangladeshi.

A recent analysis published in The Guardian found that of 12,593 patients who died in hospital up to 19 April from Covid-19, 19% were Black, Asian and minority ethnic (BAME) despite BAME groups making up only 15% of the general population in England.

Getting to the root cause of this disparity has been made much harder by the failure to collect and publish ethnicity details of deaths until very recently.

The brutal fact that the first 10 doctors in the UK who died from Covid-19 were all from ethnic minorities seems to have finally caused the government to take action.

A report published by the Intensive Care National Audit and Research Centre revealed that 34.5% of Covid-19 patients in critical care were black, Asian or from an ethnic minority (BAME), despite accounting for only 13% of the general population.

While BAME workers represent 44% of the NHS workforce, the report stated that they accounted for 68% of the 57 NHS staff known to have died with the virus.

Concerns about a possible link between the ethnicity of a patient and the outcome of any treatment were first publicly raised when Dr Chaand Nagpaul, chair of the British Medical Association (BMA) publicly questioned the reason why the first 10 doctors in the UK who died from Covid-19 were all from ethnic minorities. He also asked the government to properly investigate this.

The government agrees to a review by NHS England and Public Health England as to why patients from ethnic minorities seem to be worse affected by Covid-19.

An editorial published in the British Medical Journal, ‘Is ethnicity linked to incidence or outcomes of Covid-19?’ states that one reason that a possible link between the ethnicity of a patient and treatment outcomes has emerged is that the UK is the first country to be hit by Covid-19 that has an ethnically diverse population.

The East End Enquirer spoke to one of the authors, Professor Wasim Hanif, when this trend was just starting to emerge.

Prof. Hanif works at the Department of Diabetes and Institute of Translational Medicine at University Hospital Birmingham and is also a trustee of the South Asian Health Foundation (SAHF).

Prof. Hanif and his colleagues are careful to describe the characteristics of the data they have so far as ‘preliminary signals’. This means that it will only be when the results of the NHS England and Public Health England study have been published that we will know what the signals really mean.

As with Tower Hamlets both Birmingham and Leicester have significant BAME communities.

Why are BAME people at higher risk?

Two things defeat pandemics, clinical care and accurate data. While the dedication shown by NHS staff is beyond praise there has been a distinct failure to collect suitably detailed data in the UK.

Because of this failure (ethnicity is only recorded on death certificates in Scotland, not the UK as a whole) it is extremely difficult to give valid answers to the question of why the BAME community seem to be at higher risk.

These include an increased prevalence of Vitamin D deficiency, vaccination policies in country of birth and consequent immune effects, a higher incidence of cardiovascular risk factors such as insulin resistance leading to higher incidence of Type-2 diabetes and higher obesity levels than comparative white populations.

Ethnic minorities in the UK have been shown to face multiple social and economic disadvantages, including poor housing and being more likely to be employed in low paid essential jobs. Working from home is not an option.

Intergenerational households are more common in ethnic minority families – grandparents living with their children and grandchildren. While enhancing community cohesion this household arrangement can mean that the virus is carried into the home by children (who seem to be relatively affected by Covid-19 for still unknown reasons) who then infects the grandparents.

The highly infectious nature of cover-19 can makes matters worse for first generation BAME members if their command of English is weak.

When isolated in hospital they are denied a family member who would normally translate (typically between Sylheti and English in the East End of London) and so cannot accurately describe how they feel to those doctors and nurses who are caring for them.

Data gathered by the NHS Workforce Race Equality standard indicates that almost a third of BAME NHS staff have been the victim of bullying, harassment or abuse from colleagues in 2019. One deadly consequence of this may be BAME staff hesitating to complain when they consider their working conditions put them at risk of infection.

There is an ongoing political campaign to ensure that the study into perceived prevalence of higher Covid-19 infection in the BAME community is carried out swiftly and accurately. When data is published East End Enquirer will return to this subject.

Hopefully the work of Prof. Hanif and his colleagues into the impact of Covid-19 on the UK BAME community will have global applications, as he is also extremely concerned with the consequences for the African-American population in the USA and in Africa itself.

Reporting on the Covid-19 outbreak the New York Times reveals disturbing parallels with the UK.

The coronavirus has spread to all 50 states in the U.S., claiming lives coast to coast. But these regional patterns — which areas have been hit hardest, where deaths are still rising — reveal the challenges each state will face as they combat the crisis. https://t.co/VXBzi86EZV

These statistics, each a human life and a family bereaved, are incomprehensible to many yet may be a whisper of far worse to come.

Prof. Hanif fears that without comprehensive research into the reason why Covid-19 disproportionately effects black, Asian and ethnic minorities whole swathes of the continental African population could be devastated.

One World Health Organisation (WHO) forecast reported in Al Jazeera predicts up to 10 million deaths.