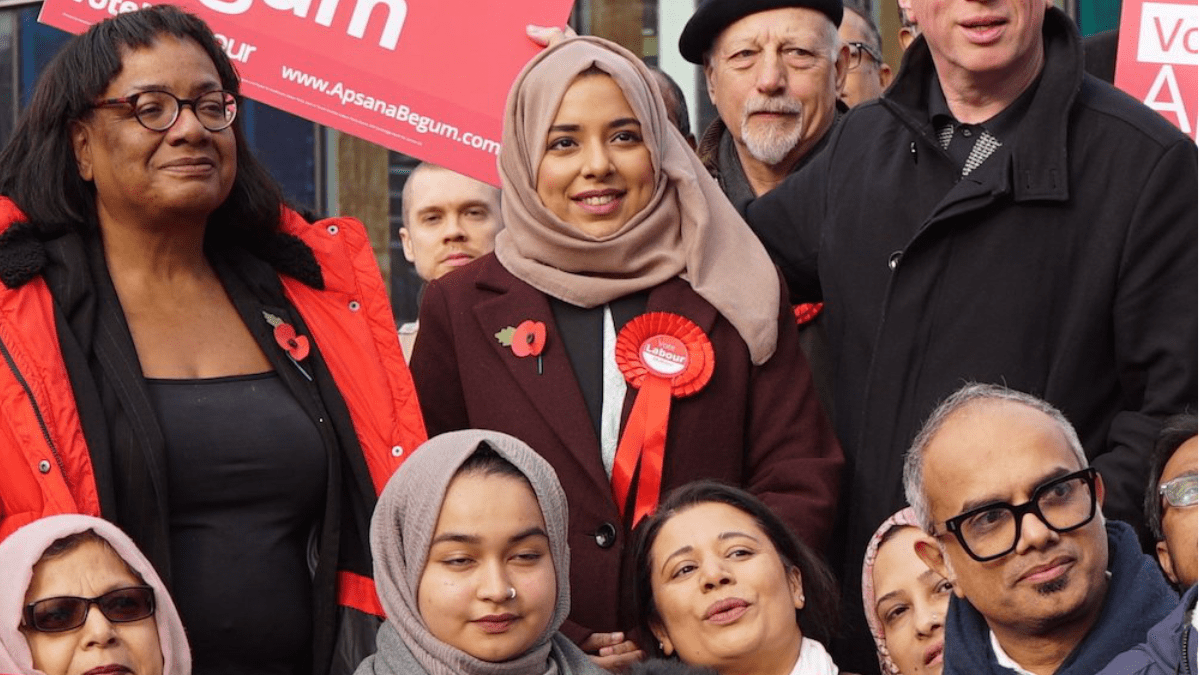 Apsana Begum MP, who was elected to represent Poplar & Limehouse at the recent General Election, has delivered her maiden speech in the House of Commons .

The above video is from Facebook, you can also see the full version on Parliamentlive.tv.

There is still a deafening silence from Tower Hamlets Council into the investigation into Apsana’s social housing arrangements carried out as a result of allegations that our newest MP had somehow jumped to the front of the very long queue for a council flat.
Moley hears that not one but two investigations have now been completed but for some odd reason Tower Hamlets Chief Executive Officer (CEO) Will Tuckley and Mayor John Biggs have yet to make the results public.

Maybe the Dynamic Duo think that if they have a third investigation the result will be the one they want?
Trouble is that the allegations first came to light back in November 2029. It would be nice to think that the Council was being thorough in taking four months to check out the reality of what went on.
Reality is more likely that Tower Hamlets Labour Party is dreading that a negative result for Apsana would impact the vote for the Mayor and London Assembly on Thursday 7 May 2021 (Date amended)
Bit late for that. More importantly the delay in making the results of any investigations public hampers the ability of Apsana Begum MP to clear her name.

Even worse for Tower Hamlets Labour Party the rules of purdah mean that they would not be allowed to say anything about the investigation results.
Purdah is the name given for the restrictions on central or local government announcements six weeks before polling day  designed  to stop advantageous announcements that might help or hinder a candidates or party,  The name itself comes from the Urdu word purdah meaning “curtain” or “veil”, describing the ensuring of women’s modesty from the world of men.
So if there is no announcement about the enquiry results before 23rd March(ish) Tower Hamlets Labour will not be able to comment. Awkward.
Fortunately for the Dynamic Duo there are no other enquiry announcements due that might also risk political embarrassment.

Oh there is! The judgement in the employment tribunal hearing of Mark Edmunds v London Borough of Tower Hamlets we refer to as the Poplar Papers is due so that might be handed down just as purdah silence hits. Oops!
Unlike the machinations of the Town Hall we have total faith in the employment tribunal process. Judge John Crosfill and his two colleagues will be quite rightly taking all the time they need to ensure the judgement is word perfect and that its reasoning is watertight.

If you have a low libido it does not mean that you are not like everyone else. You don’t have to try to increase it as quickly as possible. There is scientific evidence that libido can change throughout life: thus both increase and decrease. The only problem with a low level of lust is that it doesn’t suit you.

This would be particularly bad for all the well-known political faces who campaigned for the MP for Poplar & Limehouse with varying degrees of enthusiasm such as Mayor Biggs or SKD & Wapping ward councillor Abdal Ullah.
Let’s just hope that there are not more allegations of wrongdoing in the Youth Service in the near future. Like today.

That would not be a good look, would it?

I’m from a working class family in East London, Poplar, Tower Hamlets & I am PROUD 🙌🏾

Proud of the young girl who overcame obstacles, and proud of my accent!