Poplar Papers – redacted evidence bundle to be released to media 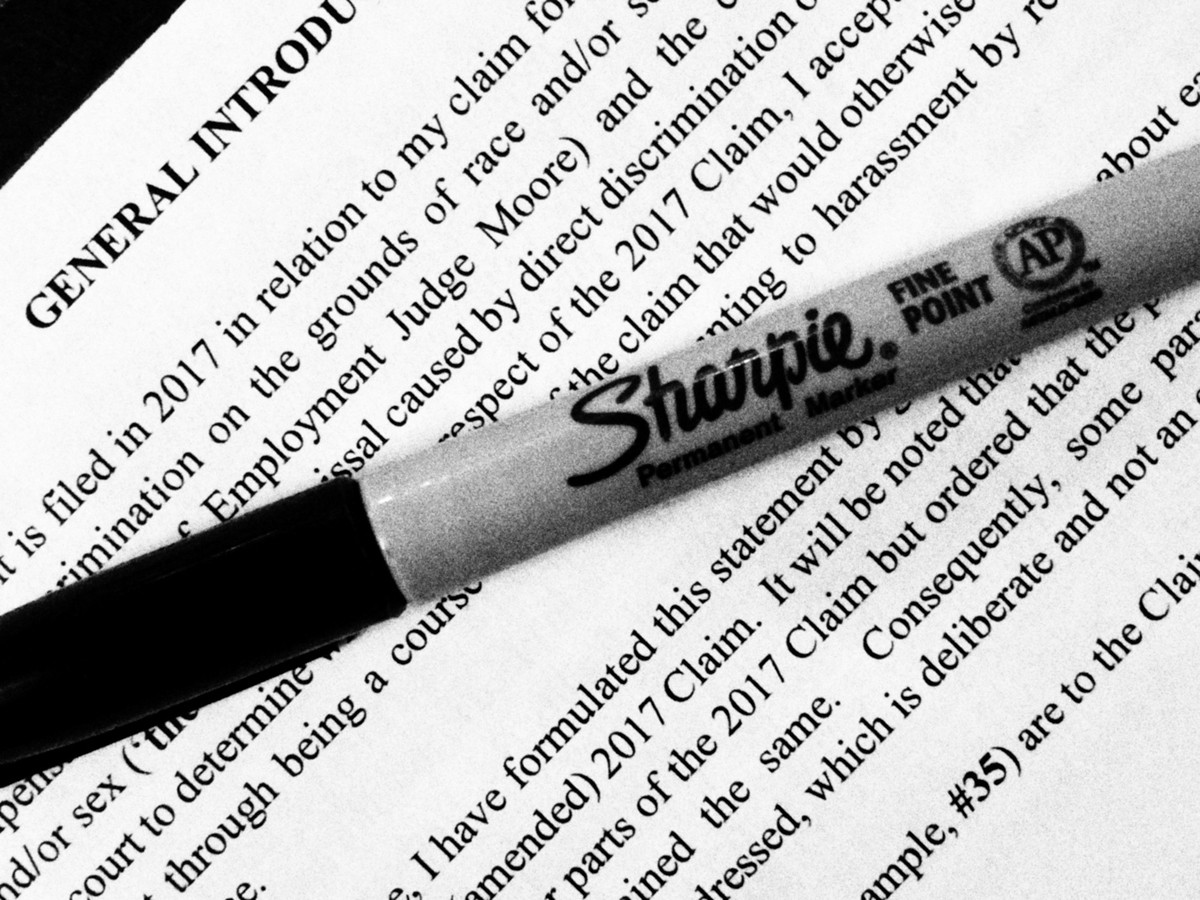 Finally – transparency and openness in Tower Hamlets. But nowt to do with the Council, natch.
The Employment Tribunal sitting at the East London Hearing Centre has made an order that the evidence bundles of both parties in the case of Mark Edmunds v Tower Hamlets Council (aka the Poplar Papers) should be released to the media.

LW got the news this morning. Bottom line is that the claimant, Mark Edmunds, will be undertaking the redaction exercise (which is fine by Moley).
You can read the full order below. Here are the key paragraphs.
1 By no later than 13 January 2020 the Claimant and Respondent shall prepare a copy of the bundle of documents prepared by them (for the avoidance of doubt the Claimant’s bundle in three volumes and pagination ending 3008 and the Respondent’s bundle in 2 volumes with pagination ending 1347) which shall be redacted to remove or obliterate the names, dates of birth, job titles, business or personal addresses, personal or business e-mail addresses or any other detail tending to show the identity of any person, who was named as a suspect, interviewed or investigated by the Claimant or any other person charged with carrying out investigations into the conduct of the Respondent’s current or former employees in connection with an allegation of misconduct, whether criminal or not and including any allegation of dishonesty, corruption or conflict of interest, from any document within which such allegations are set out or referred to.
2 The Claimant relies upon the gravity and scope of his work to illustrate what he alleges to be a cover-up by the incoming administration. As a consequence of which, he says, he was dismissed.
17 With the bundle are numerous investigation reports carried out by the Claimant and others in which third parties are named and against whom serious allegations of wrongdoing are made. As far as we are aware those allegations of wrongdoing have not been tested in any court of law and have not resulted in any convictions. The allegations are of a nature which would cause any employer to think twice about offering employment to any individual names and which if known to a person’s social circle might well cause friends and family to question the integrity of the individuals concerned.
21 When asking whether it was necessary to redact the names of such individuals from the trial bundle we considered it important that the names themselves were entirely irrelevant to our considerations. Had they been redacted in our copies of the bundle we most certainly would not have been concerned or questioned why that had been done. Whilst we have accepted that the investigation reports have some relevance to the issues we have to determine, we cannot be confident that the entirety of the bundle, much of which has not been referred to, is relevant at all. Given the complete irrelevance of the identity of the alleged wrongdoers the principle of open justice is not substantially infringed by the removal of irrelevant details.

First off many thanks to Employment Judge Crosfill and his colleagues Ms. L Conwell-Tillotson and Mr L O’Callaghan for sorting out this knotty little problem for us. And also thanks to the BBC whose legal opinion helped considerably.
What does it mean? It means that the media can now properly analyse the context to the case of Mark Edmunds, numerous allegations of serious wrongdoing and criminality during the administrations of both Lutfur Rahman and Mayor John Biggs.
It is unlikely that the media will get copies of the redacted evidence bundle before January 2020 and it will take some time to read through the thousands of pages of documentation.
But Moley and his colleagues can assure the people of Tower Hamlets that the truth will finally come out.
Forget what central government should (and still might) do, forget the numerous failings by the Metropolitan Police to properly investigate allegations of criminality in Tower Hamlets Council.
As with the electoral petition the only people who can be relied on are ordinary residents.
As ever our work costs LW in terms of time and resources, so if you could help out with a donation it would be gratefully received – link below.
[ls_content_block id=”15317″]