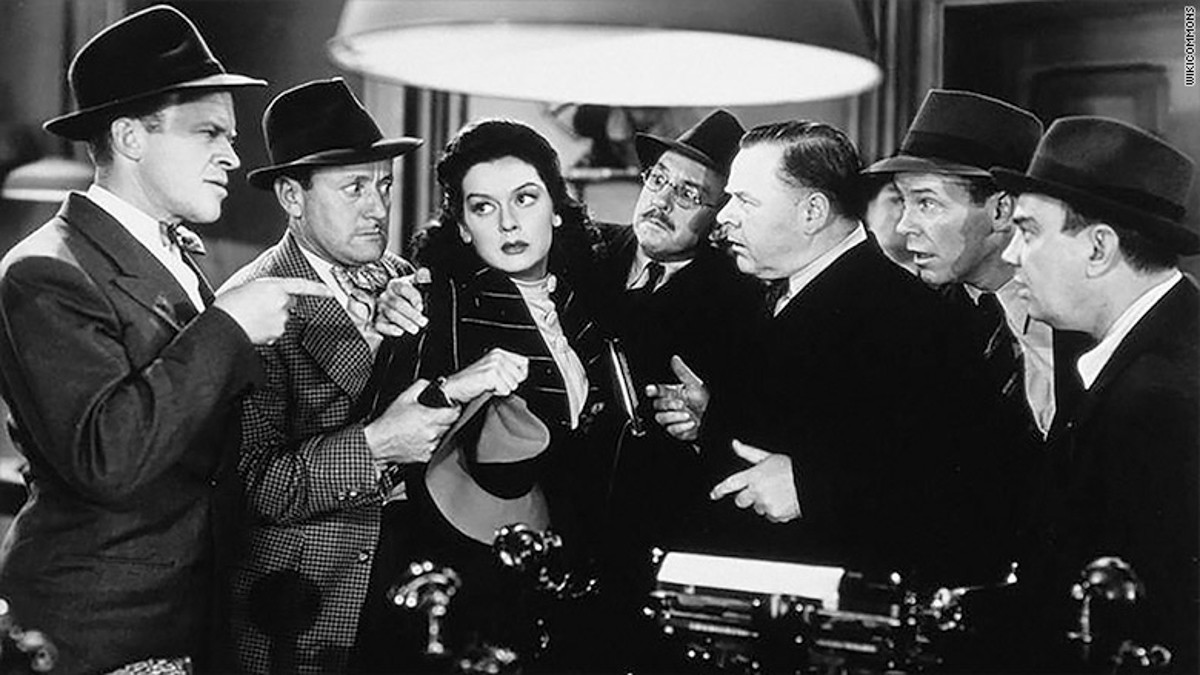 London Borough of Tower Hamlets (LBTH) Council can only be relied on to do one thing well – make a bad situation much worse for themselves. Which is just what they managed to do this morning.
With all the foresight of a sleepy hedgehog LBTH decided to pick a fight with the national and local press – and Love Wapping.
They don’t learn, do they?
Yesterday LW and the national press were subject to an overnight Reporting Restriction Order (RRO) which led us to take down three news stories relating to a case of unfair dismissal – Edmunds v LBTH – being held at the East London Employment Tribunal.
These three news stories have now been republished but with some names redacted (blanked out).

Eyes down, pencils at the ready, questions will be asked at the end.
Yesterday we reported on how a temporary RRO had been made by the tribunal while the judge and his two colleagues contemplated the apparently very tricky issue of whether the press should be allowed access to the evidence bundle in the case being heard.
This morning the tribunal reassembled at 11am to hear what the ruling was.
The bad news was that it was announced that as the tribunal was not able to conclude the case within the seven days scheduled we will all have to come back at some later date to conclude matters. This could be in several months, December even, because of other cases being scheduled. Not much anyone can do about that.

12 allegedly not that wise men

Central to yesterday’s hearing was a list of 12 men who are mentioned in the bundle on multiple occasions but who have not been subject to criminal charges. 10 of these men cannot be named by the press (or anyone else) as they have a right to privacy which is not outweighed by the requirements of the press to do their job. The RRO remains in force for seven days but only in relation to these 10 people.
LW and the other journalists know who is on this list but obviously we cannot say who they are. That’s fine, that is the law.

The main conclusions and issues of the tribunal, made up of one woman and two men who all know their stuff, are as follows:

Note: Thanks to Hannah Somerville for contributing to the above.

Bundle of joy? Not quite.

Bottom line is that while the tribunal will release the bundle(s) in question, at the moment names and positions of individuals have to be redacted so that they cannot be identified. There are lists of names and many people named in documents in the bundles way beyond the individuals who have been under discussion the last two days.
The bundle will be released if and only if all 10 names are redacted as well as their precise job titles, although an indicator of their rank (senior, junior, etc) may be given.
The question of strict relevance will be active as the case proceeds, i.e. as evidence is given the relevance of different documents may well change.
The tribunal came to the conclusion that it is impossible to frame a RRO that would not interfere with legitimate press freedom and allow the press to investigate historical claims of corruption or veils being drawn over allegations of corruption.
The reason all the media people had been arguing that being able to investigate historical claims of corruption or veils being drawn over allegations (aka a cover-up) of corruption is so important is that this provides the context to the unfair dismissal case brought by Mark Edmunds.
This is Tower Hamlets. To pretend that corruption and allegations of corruption are not a constant undercurrent to all political activity in the borough is just not on.
So a line was drawn by the media and this line was recognised by the tribunal.

Then things got complicated. But never heated. We are British after all. Pip pip!
As mentioned in our report yesterday borough residents are very lucky indeed to have Michael Gillard (Private Eye, Sunday Times, Guardian) arguing the case that the media should have access to these bundles and also Dominic Kennedy of The Times who has an immense amount of experience in these matters.
The reason residents are lucky is because if the media has access to what we think we should have access to that means that borough residents will have access to all the facts of this case.
The ordinary people of Tower Hamlets have been repeatedly failed by the law in recent years. This cannot happen again.
Michael Gillard is as good as any barrister when arguing as to why and how the media should be given access to the evidence bundles – there again working for Private Eye he should know a bit about the law.

So what’s the problem?

The problem is this. The tribunal has said that in its view certain redactions should be made but the journalists present are not happy with the details of this ruling or the precise manner in which the media will get access to the bundles.
At one point the barrister for LBTH, Anya Palmer, seemed to suggest that it should be down to the Council to decide what should be redacted and then do the redactions.
Er… no! Let’s face it absolutely nobody outside the Town Hall (and a good few inside) would believe that the Council undertaking redactions of evidence they do not want released would be credible. No offence to Anya Palmer (who is doing a very good job in tricky circumstances) but lets get real here.
This argument then shifted slightly to the possibility that the Council would hire legal staff (aka paralegals) to do the redactions – but would be charging the media for this.
Saywhatwhere?
Michael Gillard went into action again and spoke against this proposal very strongly.
At this point I stood up and put the LW point of view. I explained that I had been investigating the activities of Tower Hamlets Council since 2013 and that as a community journalist I had no funding, no salary, no nothing. So I did not relish the idea of being charged money – probably lots of money – by the organisation I had been investigating all this time so that I could see evidence that might well throw some light on LBTH.
Cheek!
However I did play nice (it doesn’t happen often but hey) and volunteered that if the media had to pay the costs of redacting and providing the evidence bundle themselves then I would be prepared to pay a fair share.
Actually I said I would have to crowd-fund it. Which means you dear reader would have to pay for it. Or not as you saw fit.
And why should you have to pay? You pay your community charge. As Cllr. Wood reminded us LBTH has £500m stashed away which is worth £20k less every day because they are so financially clueless that they cannot invest it properly.
Frances Hoare for Mr Edmunds refused any suggestion his client should pay these costs – and quite rightly so.
After an intense morning of legal debate the tribunal was adjourned for lunch. At this point journalists, Councillors Golds and Woods and borough residents who had turned up to see what was going on gathered and discussed the various issues.
All the journalists decided that we should consult the lawyers of our various publications – The Times, Sunday Times, Private Eye, National Union of Journalists (NUJ), Archant (East London Advertiser), BBC Local Democracy Reporters Scheme, Evening Standard and last but not least little old LW! Funny, huh?
After due consideration LW decided not to consult with our legal department as we don’t have one.
What LW does have is membership of the Independent Community News Network (ICNN), membership of which includes free legal advice! Hurrah for ICNN and Matt and Emma (who are on holiday apparently but we will not mention that).
Despite lounging around on various exotic beaches Matt and Emma put LW in contact with Media Law Consultant & Journalist David Banks (@DBanksy) within the hour. Good, eh? Thanks for your advice David.

So why all the fuss? Why are national, local and community publications working together to come to a fair resolution over a few files of paper?

A line has been drawn and we are not shifting.
At the moment The Times, Sunday Times, Private Eye, NUJ, Archant, BBC, Evening Standard and LW wait to see a written ruling from the tribunal then see what all the lawyers say.
Any other media organisations who would like to join in do please get in touch – there is room for everyone! Guardian? Huffington Post? The Sun? Express? Mail? Come on, you know you want to!
And LBTH? Where does that leave the Council? Well right at the bottom of the list of local councils that are beacons of open and transparent government.
In fact they ain’t on the list at all.
The #PoplarPapers will be released. And they will be released in a form that allows the free press to do its work, have no doubt about that.
While we wait for a decision on all of the above we are putting in 12 hour days to cover developments at court and then write up what has been going on to keep you informed. Which leaves us no room to do anything else. So if you could spare some cash to support LW please click the link below. We are in for a long fight.
[ls_content_block id=”15317″]
[ls_content_block id=”18928″]